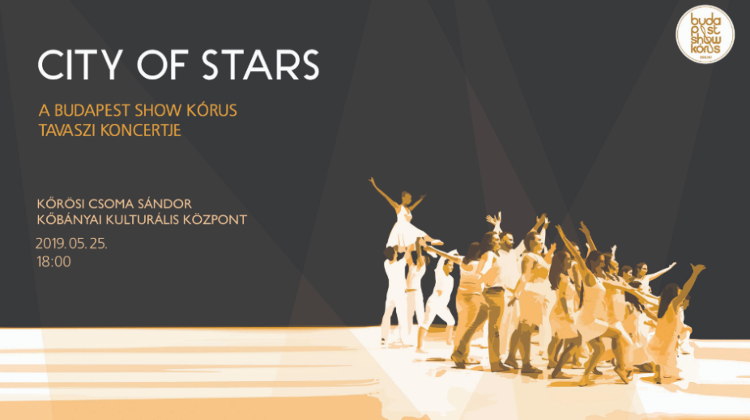 Their repertoire varies from pop-, rock-, musical-, jazz to gospel, spirituals and soundtracks. Budapest Show Choir is a regular performer at both international and Hungarian events.

Performances they are the proudest of: World Expo Milan, sold out concerts in Budapest Jazz Club, performance together with Puskás Peti and The Biebers, TV show performances in „Kismenők” and „Megasztár” and closing ceremony performers at the 3rd Hungarian Film Awards at Vígszínház Budapest.

The Choir was also invited to perform at the Valley of Arts and SZIGET Festival in last summer. The Choir created the Hymn with iamyank for Brain Bar Budapest - the biggest European Festival on the Future.

The concert will cover most of the popular, award-winning songs. Just to mention a few: amongst others the best original movie soundtrack of 2018 will be covered, Shallow by Lady Gaga and Bradley Cooper; together with the catchy melodies of the six golden globes winner in 2017, La La Land; listen to parts of the Lion King which won the Oscar back in 1995, with music composed by Hans Zimmer and last but not least our favorite Jai Ho will also not miss the show, which was the main soundtrack of the 2009 best motion picture award-winning film which conquered the world, Slumdog Millionaire.