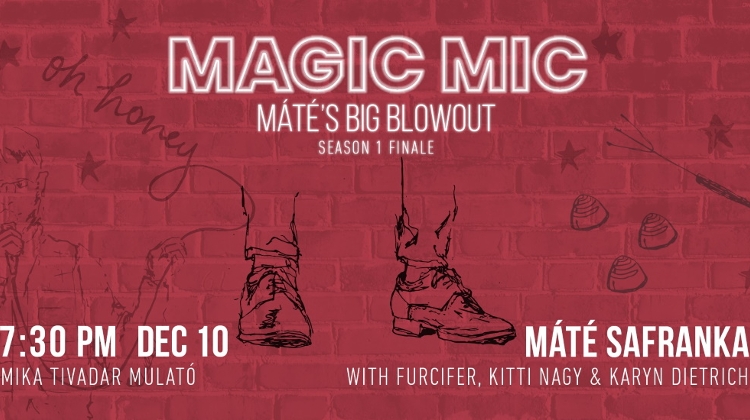 Budapest’s hottest Stand Up Comedy show is wrapping up for the year with a special talent showcase.

“Magic Mic Comedy” is hosted by Lőrinc Réti and Sid Moorthy, two audience favourites in the local Stand-Up scene, who have been growing and expanding comedy in Budapest.

They’ve partnered up with the Erasmus Student Network at ELTE, and are going to be closing out their first season on December 10th at 7:30 pm in Mika Tivadar Mulató.

This special showcase will be headlined by Máté Safranka, one of the best comedians in the city, who is leaving Hungary to further his career in Sweden. Featured acts are no strangers to blowing the roof off every place they perform. They are Furcifer (Iran), Karyn Dietrich (USA) and Kitti Nagy (Hungary).

The event will be in English, and is free of charge, but donations are encouraged.