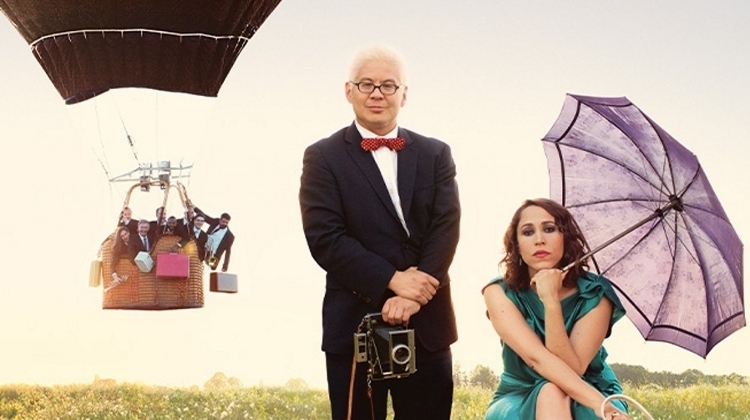 This marks the first appearance of Pink Martini, the versatile orchestra that has mastered practically every musical style, on the Margaret Island Open-Air Stage.

Playing a genuine “summer music” program, this orchestra has a unique sound which is a fusion of jazz, classical, and pop-rock. Its pianist and founder, Thomas Lauderdale, started in Oregon politics and assembled a large chamber orchestra with the goal of changing the world. He attended Harvard together with his partner, the charismatic singer China Forbes.

Along with singer Storm Large, their music pushes boundaries, while working with altogether 10-12 musicians and guest singers. Their first single Sympatique quickly won the “Song of the Year” prize.

Pink Martini’s wide repertoire is wildly diverse, as they are fond of making leaps in musical periods and styles. The orchestra began its world tour in 1997, debuting at the Cannes Film Festival.

Since then, their songs have been heard in numerous films and television shows, as well as at festivals and large concert venues around the world.