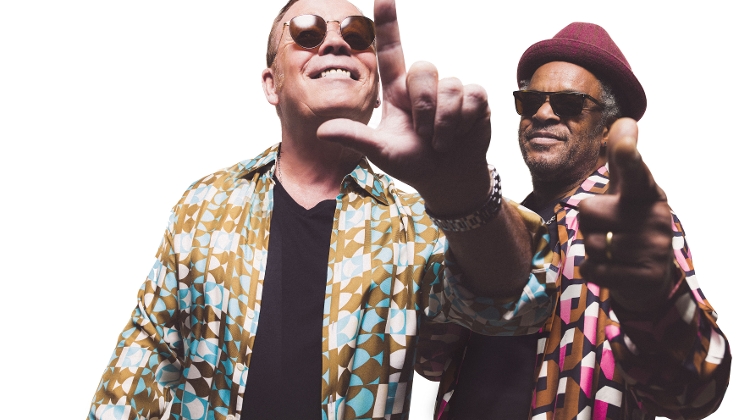 Eighteen studio albums, 10 gold and platinum albums, more than 70 million units sold, 4 Grammy nominations and dozens of world hits – the founding members of UB40, Ali Campbell and Astro, who headed one of the most successful reggae bands that is still active today, are currently on tour to celebrate the 40th anniversary of their career and band, and will be performing at VeszprémFest.

With a name inspired by the unemployment benefit form in the UK, UB40 was formed in 1978 in Birmingham, giving their first concert in the following year.

The group is known for its hit songs such as “Food For Thought”, “Red Red Wine”, “Can't Help Falling in Love”, “One in Ten” or “I Got You Babe” featuring Chrissie Hynde.

UB40 includes musicians of English, Scottish, Irish, Yemeni and Jamaican parentage. The band’s line-up was stable for three decades from their foundation until 2008, when singer Ali Campbell and keyboardist Mickey Virtue left the eight-member band. In 2013, singer and trumpet player Astro followed suit.

Ali Campbell, Mickey Virtue and Astro announced in 2014 that they plan to reform UB40 and record a new album together.

That was Silhouette, which was then followed by numerous concerts and several other albums by the trio: The Hits of UB40 Live album in 2015 and the Unplugged album in 2016, the latter entering the UK Albums Chart at #17.

Their album entitled A Real Labour of Love was released in 2018 in the vein of the Labour of Love series of albums published in the 1980s, which includes cover versions of the songs that have been most influential in their musical development.

The success of A Real Labour of Love exceeded all expectations: it peaked at number 2 on the UK Albums Chart, and entered the Billboard Reggae Albums chart at number one.

UB40, led by Ali Campbell and Astro, has since given concerts in many cities worldwide with massive success. The British pioneers of reggae are celebrating the foundation of UB40, which took place 40 years ago, credibly representing the intellectual heritage of the music band.