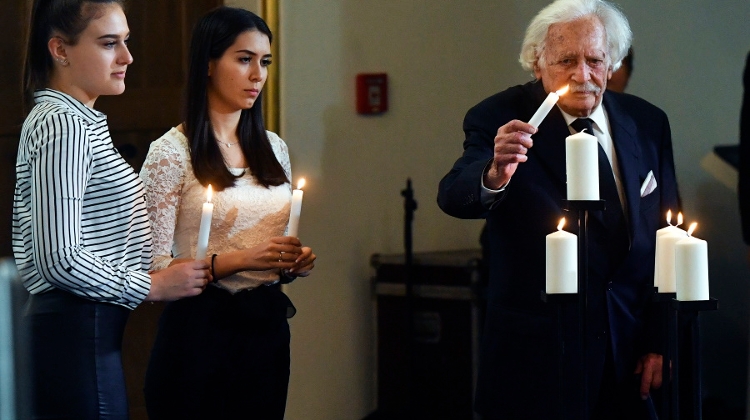 Csaba Latorcai, state secretary of the human resources ministry, said the government’s measures in the past 9 years helped create a milieu in which there is an “unprecedented blossoming of Jewish culture … and security”.

Israel’s ambassador Yakov Hadas-Handelsman warned that anti-Semitism was again on the rise across the world and xenophobia went hand in hand with Holocaust denial. Vladimir Sergeev, Russia’s ambassador, said he was proud of the soldiers of the Red Army who had liberated Auschwitz-Birkenau and the Budapest ghetto.

In a statement, the Socialist Party said people needed reminding of their shared responsibility not to allow a repeat of “history’s darkest period”. LMP said the protection of human dignity did not encompass physical violence only, but written, verbal and political propaganda, too.

The Liberal Party said: “The anti-Jewish laws passed by the Hungarian Parliament paved the way for these brutal murders.”

DK leader Ferenc Gyurcsány said past Hungarian leaders had “failed to protect the country’s citizens, instead sending them to their deaths like animals.”