Smog In Budapest Expected To Continue This Week 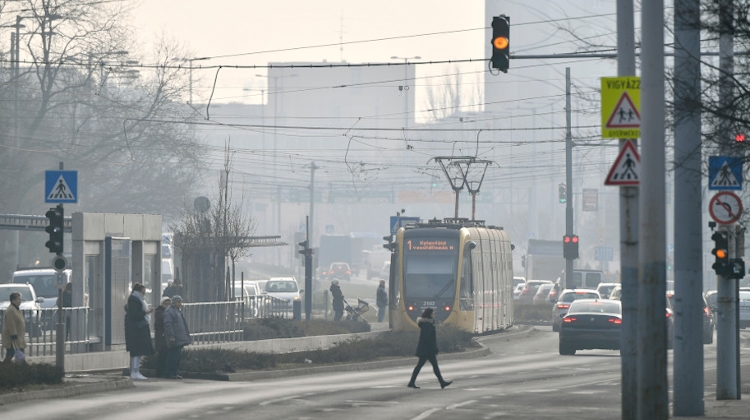 According to the forecast of the Hungarian Meteorological Service (OMSZ), the concentration of air pollutants, especially particulate matter (PM10) increased in Budapest on Sunday, with daily averages above the health limit.

OMSZ predicts further deterioration or stagnation over the next three days. The daily average of particulate matter concentrations is also expected to be above the safety threshold.

Only the cold front coming on Sunday is expected to make a real difference.

People in vulnerable groups (children, the elderly, patients) are advised to avoid areas such as sections of roads that are subject to heavy vehicle traffic, to stay inside and to use a ventilator machine early in the afternoon.

In order to avoid the deterioration of the smog situation in the capital, Karácsony has called on the public to reduce the use of solid and oil-fired equipment wherever possible and to use public transport instead of their cars and generally to reduce dust emissions, penzcentrum.hu reports.