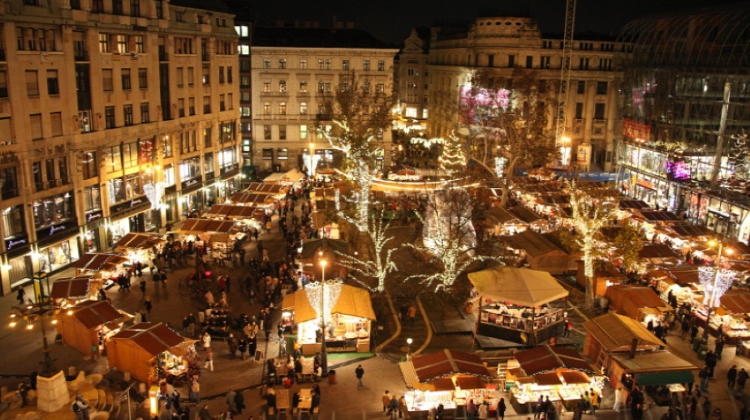 Given significantly reduced tourist numbers, this year’s Christmas market will be presented online it has officially been announced.

People will soon be able to buy special Hungarian handicraft products as presents via a new festive website which will also showcase related creative workshops.

As reported earlier this week:

The tender for the handicraft fair also staged on Vörösmarty tér has not yet been withdrawn.

The BFTK informed potential bidders about the withdrawal only a day before the deadline for applications on October 8.

The invitation for bids was issued as recently as September 24.

The BFTK was charging the price of a small apartment for renting a space for a few weeks, while no foreign tourists can be seen in the city centre, one caterer complained.

The fair was scheduled to open on November 20, later than last year’s November 8 date.

The BFTK announcement repeatedly emphasised that handicraft producers would be invited to a craft fair, where there would also be gastronomic offerings.