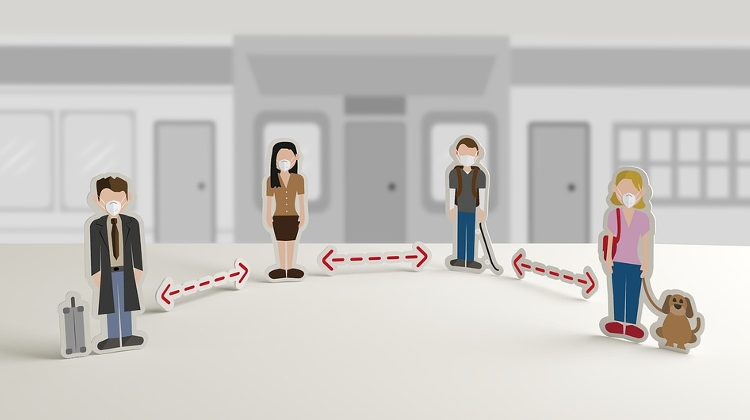 The Hungarian Medical Chamber is calling on the cabinet to impose tighter social restrictions in response to the growing Covid-19 epidemic in Hungary.

After the death toll shot up to 63 on Monday, the organisation urged the cabinet to tighten measures in accordance with international recommendations and practice as soon as possible “in order to avoid a humanitarian and health catastrophe”.

A rapid worsening of the epidemic is expected, the Chamber said in its statement issued on Tuesday.

It said most neighbouring countries in a similar position have introduced the necessary measures following the recommendations of experts to protect and value healthcare workers in the frontline.

It added that the healthcare system can only limit the damage in handling the epidemic, but the spread of the infection is the most important factor, and stopping that is the government’s responsibility.

The Chamber sets out a list of recommended actions, warning that if these are not taken, then Hungary will experience a phase of the epidemic with “mass infections, potentially thousands of new infections a day and even hundreds of deaths.

To this will be added the number of deaths from other diseases due to the overload of the healthcare system and the illness of masses of healthcare workers, in the absence of adequate care”.

63 coronavirus deaths in one day

Chief medical officer Cecília Müller told her daily press conference on Tuesday that hospitals are prepared to admit a larger number of patients, so everybody will receive the high-level medical services that they need.

Stressing that protection of the elderly and chronically ill is of paramount importance, she pointed out that a ban on visits to hospitals and nursing homes remains in effect.

She said the highest proportion of positive cases are no longer young people, but middle-aged and elderly groups.

She said the virus is now mostly spreading in the 40-49 age group, as some 23% of the infected came from this group.

Müller advised everyone to “avoid all avoidable contacts.”