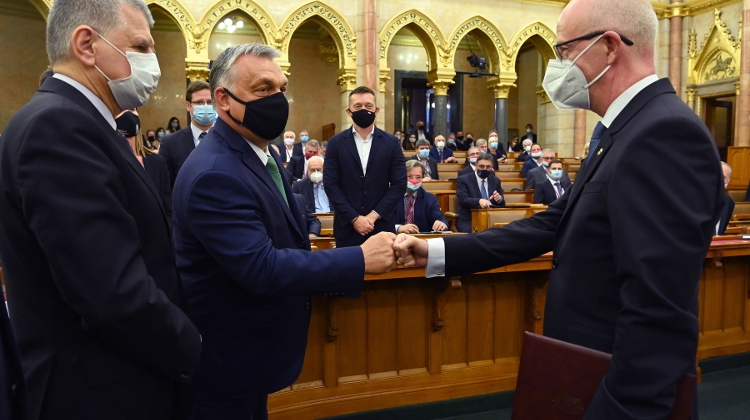 Lawmakers approved the appointment of Zsolt András Varga as the new president of the Kúria, Hungary’s supreme court.

Varga was elected with 135 votes in favour and 26 against in a secret ballot. Varga, who took his oath of office after the vote, will assume his post on January 2, 2021.

Speaking to MTI after the vote, Varga said he viewed his nomination and election to head the supreme court as an expression of trust in him by Hungary.

He vowed to do his best to live up to the trust placed in him as a member of the community of the Kúria’s judges.

Varga said he would spend the next two and a half months getting to know the opinions of the court’s judges on the future of the institution while sharing his own views.

Under Hungary’s constitution, the president of the Kúria is elected for a nine-year term by a two-thirds majority of lawmakers. President János Áder nominated Varga to succeed Péter Darák as the head of the top court on Oct. 5.

Varga graduated from the Faculty of Law at Budapest’s Eötvös Loránd University in 1995 before going on to obtain a PhD degree there. He was habilitated at the Pázmány Péter Catholic University. Varga has worked as a university professor since 2012.

He worked at several prosecutor’s offices in Budapest before joining the Parliamentary Commissioner’s Office. He later became a member of the Venice Commission and served as a constitutional judge from 2014.

Between 2017 and 2019 he was vice-chair of the Venice Commission’s subcommittee for international law, and later the subcommittee for constitutional law. Varga is also a member of the public body of the Hungarian Academy of Sciences.