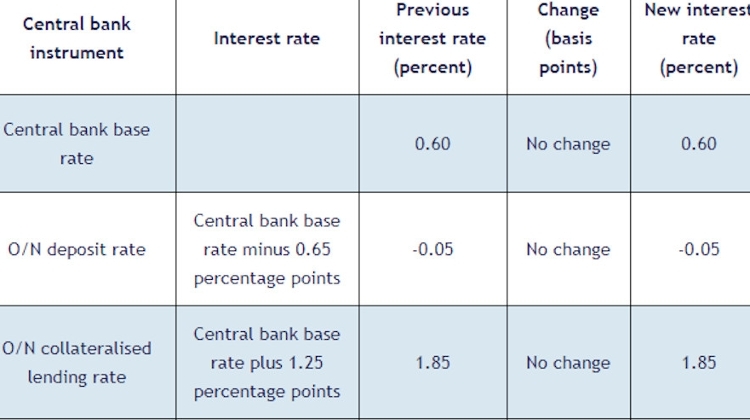 Hungarian rate setters on Tuesday kept the base rate at 0.60%, while they also left the interest rate corridor unchanged, the National Bank of Hungary said on Tuesday.

In a statement released after the meeting, the council said it had performed a “technical revision” of its quantitative easing programme, pointing out that the stock of government securities on the NBH’s balance sheet had risen by more than 700 billion forints (EUR 1.95bn) since May 2020.

The council noted that is has proceeded with the programme without setting a total amount and said the next technical revision will be performed when the stock reaches 2,000 billion forints.

The NBH will use the QE programme “to the extent and to the time necessary”, the council said, adding that its implementation will be “continuously monitored”.

FGS Go! “plays a key role in mitigating the adverse economic effects of coronavirus”, the council said, adding that 15,000 companies have availed of the programme’s cheap credit since its launch in April.