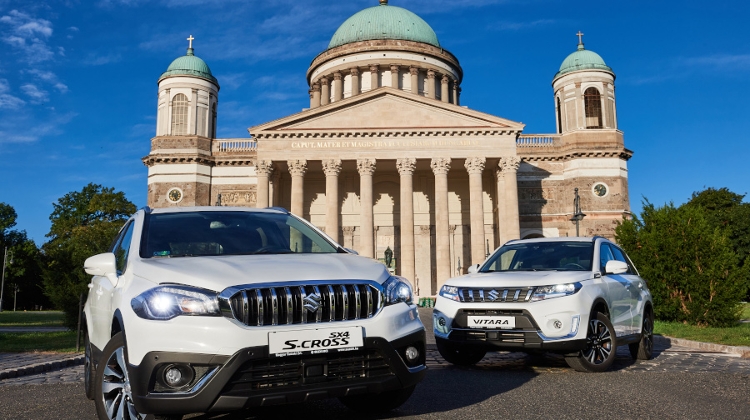 It is often difficult to keep up with the dynamically changing everyday life, and as a company it is especially challenging to stay up-to-date, winning customers with relevant, valuable products that serve current needs at all times.

Experience as well as results show that 100-year-old Suzuki accomplishes this challenge successfully. What is more, due to its site in Esztergom, the company and the brand are a bit Hungarian, a bit ours as well.

The Hungarian experts of Magyar Suzuki have already produced more than 3.5 million cars running all over the world, thus we can be rightfully proud of this performance too. On the occasion of the anniversary, Zsuzsanna Bonnár-Csonka, Head of Corporate Communications at Magyar Suzuki Corporation, told us about how one of the world's largest car companies came to life form the work of a young Japanese dreamer.

Being the child of a Japanese textile weaving family, founder of Suzuki Motor Corporation, Michio Suzuki, spent a lot of time in the cotton fields, pondering how he could make his mother’s job easier. Thoughts were followed by deeds, and the young man created his first pedal-powered loom at the age of 22, which could weave in several colours and patterns that was unique at the time.

By the age of 30, Michio had already employed 60 people at his plant. The company, known as Suzuki Loom Manufacturing after 1920, soon became one of the largest loom factories in Japan.

Shunzo, the son of Michio Suzuki, is associated with the company’s first major innovation and profile change. The young man asked the company's engineers to design a motor-powered bicycle that could be easily used by anyone, even in strong headwinds frequent in the region. Based on Shunzo’s concept, the Suzuki launched its Power Free moped in 1952, followed by more and more powerful motorcycles.

Soon afterwards, the company – meanwhile renamed Suzuki Motor Corporation –, built its first mini-car in 1955, drawing on its experience gained in the field of motorcycles. With the iconic Suzulight family car, driving became available to a wider range of consumers than before. And the development of the group's marine engine business can be linked to algae fishing.

Accelerating algae harvesting gave the idea to Suzuki to accelerate boats with an outboard engine and thus built the first water-cooled 5.5-horsepower boat engine in the 1960s.

In 100 years, Suzuki has grown from a small loom plant to an international automotive company. Today, the group operates in 210 countries; manufactures cars, motorcycles, boat engines and quads for countries all around the world.

From the very beginning, all of Suzuki’s innovations have been striving to create valuable products at an affordable price that makes everyday life easier for as many people as possible. And vehicle manufacturing does not exist without innovation.

In this spirit, the Suzuki Group has entered a new era of production, placing sustainable mobility at the heart of its innovation activities over the next 100 years. Our goal is to produce the next generations of hybrid and environmentally conscious cars in the usual high quality and cost-effective way, so that we can sell them at a consumer price that not only the audience of luxury products can afford.

It was a significant step for Magyar Suzuki on this path that in December 2019 we started the series production of hybrid vehicles at our plant in Esztergom. It is a challenge and a responsibility for us at the same time, as our mission is to reach out to a wide range of people and promote sustainable mobility.