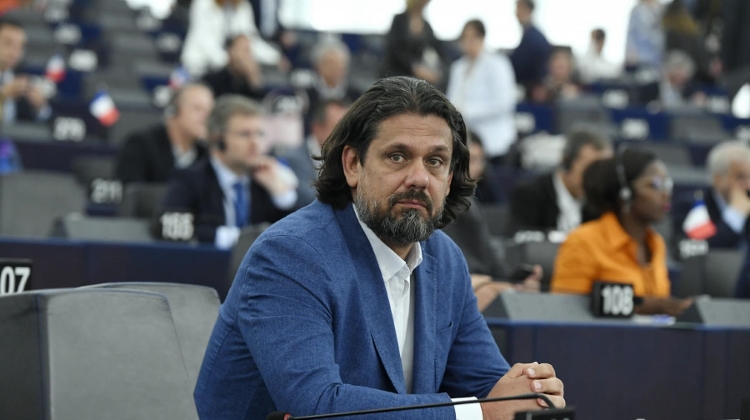 Commentators come forward with diametrically opposing evaluations of the decision by European People’s Party MEPs to punish the head of the 13-strong Fidesz delegation in the European Parliament.

40 MEPs originally proposed his expulsion, for using what they deemed offensive language towards the leader of the group, Manfred Weber.

Mr Weber had commented that if Hungary was not in breach of EU norms, it didn’t have to fear the rule of law conditionality of EU payments.

Mr Deutsch then retorted that this was the kind of argument once used by the Communist-era political police and the Gestapo, and which then led to innocent people ending up in jail. Deutsch has twice apologised to Mr Weber, and the expulsion motion was eventually not put to a vote.

On Azonnali, Gergő Illés asks what exactly Fidesz can do which the People’s Party would not condone. He thinks the EPP has exposed itself to public ridicule with its fruitless attempts to rein Fidesz in.

When the Hungarian government published posters with EC President Juncker and George Soros framed as conspiring against Hungary, Fidesz membership within the People’s Party was suspended.

With no tangible results, Illés writes, as now the People’s Party is accused by Fidesz luminaries ‘of falling into the arms of gender ideology and commemorating Marxists.” Illés suspects that the EPP is simply unable to bring itself to ditch Fidesz.

The participants of a Pesti Srácok TV show, on the other hand, described the sanctions against Deutsch as a ‘reaction to the resounding victory’ scored by PM Orbán in the debate over the rule of law conditionality of EU transfers.

They describe the resolution as a humiliation for the leading Hungarian MEP, while judging the measures taken by the EPP group coarse and outrageous.

Representatives of the so-called People’s Party are the ones which should decide for themselves where they actually stand, whose cart they are pushing, and whether they are real conservatives or wild liberals, the Pesti Srácok pundits suggested.