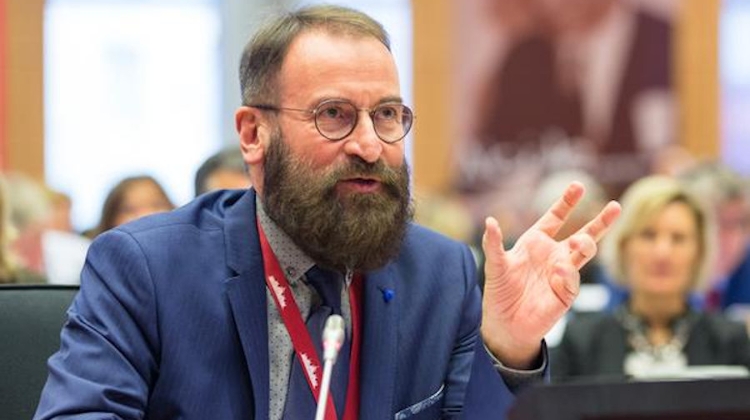 As the story has immediately aroused great interest not just on Hungarian web and social sites but in the international press as well, commentators ponder the consequences on the government’s feud with Brussels on the rule of law conditionality of EU funds.

Mr József Szájer, MEP, an iconic figure of Fidesz who played an important role during the years of the regime change and in drawing up the text of the new constitution in 2011, was apprehended by Belgian police whilst fleeing from a private party on Friday:

On suspicion of breaking coronavirus restrictions and illegal drugs – apparently an extasy pill was found in his bag.

He resigned from the European Parliament on Sunday, before the news was aired on Tuesday.

Mandiner quotes a remark by pro-government fact-finding reporter Kata Jurák who interprets the events in Brussels as a deliberate plot to discredit the Hungarian government in the midst of its conflict with the European Union over its decision to veto the EU budget unless a solution is found to the rule of law conditionality controversy.

On Telex, Tamás Fábián also believes that Szájer’s scandal will harm the government at a delicate juncture, when a compromise should be found to bridge the gap that separates its position from that of the main EU member countries over the budget and rule of law conditionality.

Szájer, he writes, was the most important negotiator of the government within the EU, who often managed to smooth out controversies after tough statements by Hungarian officials.

On Hírklikk, philosopher György Gábor suspects that Friday’s party was not the first such event attended by Mr Szájer, in which case he was exposed to blackmail. He doesn’t know if that possibility has ever materialised but would find it surprising if it hadn’t.

Otherwise he accuses Szájer and, by implication Fidesz, of pervasive hypocrisy when posing as representatives of Christian values.

On his Facebook Page, Demokrata’s Gábor Bencsik remarks that Christian morality has not been discredited by the scandal of the Hungarian MEP. “A true idea, he writes, is not degraded just because it is voiced by a sinner”.

Magyar Nemzet quotes left-liberal political analyst András Pulai who asks why Szájer’s name is the only one leaked to the media after the police raid in Brussels. Among the 25 participants, there were at least two people who showed diplomatic passports to the police.

Brussels, Pulai explains, is a hotbed of secret service activities and he suspects that what happened was part of a political battle over matters much more important than this particular case.