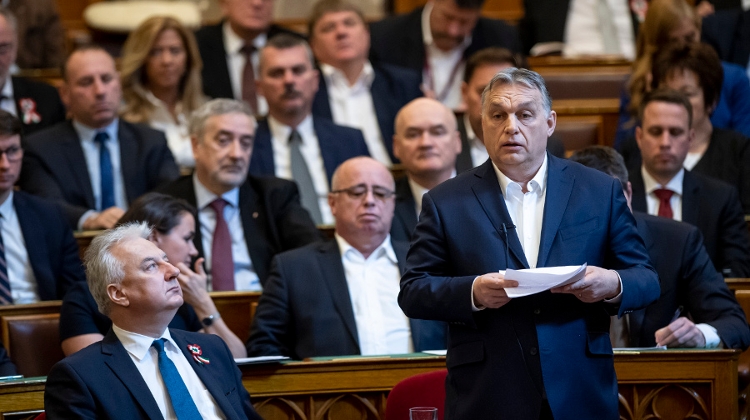 Prime Minister Viktor Orbán announced a variety of new emergency measures in Parliament today, including closing all Hungarian borders to all foreign citizens from midnight, and strict opening hour regulations for restaurants and cafés.

According to a report by Hungarian news site Index.hu, Orbán announced a range of other emergency measures to stop the spread of coronavirus. All public events will be banned, effective from midnight.

Establishments such as restaurants and cafés will have to close at 3 p.m. every day. Only pharmacies, drug stores, and food stores will be permitted to remain open longer. Entertainment venues and cinemas will be closed down completely.

The Prime Minister also requested everyone over the age of 70 to stay home.

Regarding the economic consequences of the coronavirus outbreak, Orbán said that "a serious wave of unemployment is threatening the country". He added that the budget will have to be redrafted and that the government will focus on protecting jobs.

"We are facing an invisible and unknown enemy," Orbán said, reminding the members of the parliament that this is the first time since 1990 that the Hungarian government had to declare a state of emergency.

The borders will be closed from midnight, Minister of Agriculture István Nagy said today in the Parliament, answering a question by Socialist Party MP Ágnes Kunhalmi. The measure will affect the Ferenc Liszt International Airport as well, not only land borders.

Government spokesperson Zoltán Kovács told state news wire MTI on Monday night that the airport will still receive cargo flights, adding that foreign citizens will be able to get on transit flights.

Update: According to the official government decree, published on Monday, "Violation of the measures constitutes a punishable offense with fines up to HUF 500 thousand; and monitoring of compliance will be the responsibility of the police".

Official advice and information is available from the Hungarian government website (in Hungarian and English): koronavirus.gov.hu

Coronavirus: Violation Of Rules Punishable With Fine Of Up To HUF 500,000