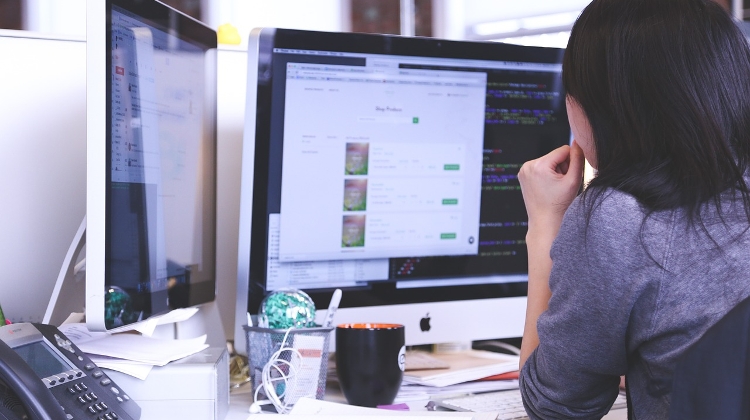 Hungary was ranked one of the 10 fastest countries in the world in terms of internet network speed in 2019, according to an analysis by Datareportal.com.

Domestic bandwidth, which is also outstanding in the world, must now also be able to withstand record-level data traffic in the current epidemiological situation.

The average domestic bandwidth reached 128.07 Mbps last year, an almost 20% increase compared to last year. Just in front of Hungary, the United States ranks ninth, with a bandwidth of 130.79 Mbps.

According to Datareportal, global internet coverage will reach an important milestone this year. At the end of 2019, some 4.54 billion people had internet access, representing about 59% of the world population. This means that internet coverage may exceed 60% in the first half of 2020.

However, according to research by IT security firm Panda Security, the increase in the number of users and data traffic makes cybersecurity even more important.

About two-thirds of IT experts surveyed in Hungary said that their businesses have suffered cyberattacks causing a demonstrable level of damage. According to more than half of the 260 respondents (representing both SMEs and large enterprises), the greatest vulnerability of their system comes from the users themselves, especially due to remote access points developed hastily in recent weeks.

In response to the situation, the cybersecurity company allows its existing corporate customers to extend their license for three months free of charge worldwide, including Hungary, and provides new corporate customers with free service for up to 50 users for the same period to protect and monitor home office devices.

The company will also make its home cybersecurity service available to public school students and teachers for three months free of charge.

"The circumstances created by the epidemiological situation shed light on the crucial role of data protection," explains Dénes Gölcz, general manager of Panda Security Hungary. "Ignoring it could jeopardize not only the current business processes, but even the restart after the crisis."

"Additional jobs may depend on whether a company becomes a victim of a cyberattack in the current situation. It is in everyoneʼs general interest - and we want to do our part - to have the healthiest possible economy and a line of companies in good condition ready after the trouble is over. Only in this way will we be able to use the experience gained during the crisis, which can then help further development," he adds.