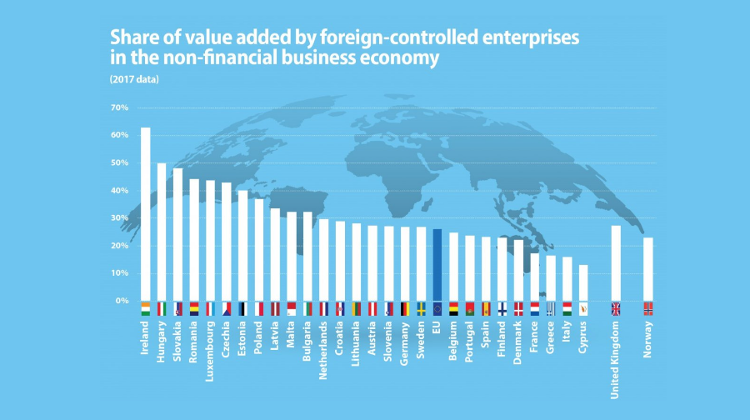 According to a recent release of data by statistical agency Eurostat, the share of value-added generated by foreign-controlled companies in Hungary stood at 50% in 2017, the second-highest rate in the EU, only behind Ireland (62.8%).

The largest decline of the share compared to 2016 was recorded in Hungary (-1.4 pp). On the other hand, the largest year-on-year increase was registered in Ireland (19.8 pp).