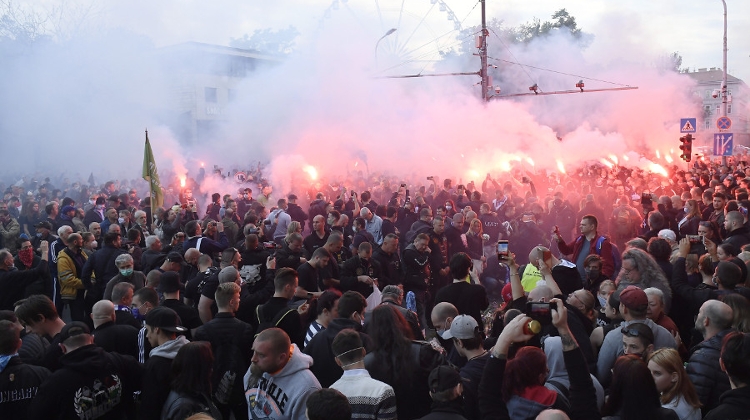 Budapest Mayor Gergely Karácsony has condemned a march organised on Thursday by the radical nationalist non-parliamentary Mi Hazánk (Our Homeland) party, saying the capital would not tolerate “racist incitement”.

Mi Hazánk had organised a “reverential memorial service” in honour of two people who were stabbed to death in a brawl last week in downtown Budapest’s Deák Ferenc Square.

The event started in front of the headquarters of the National Roma Self-Government, from where the crowd made its way to Deák Ferenc Square.

In a Facebook entry, Karácsony said there was “no place for this kind of filthy hatred here or anywhere”.

Whereas the authorities have no business taking action against people who express their opinions peacefully, they are obliged to stop “Nazis from upsetting the order of the city”, he added.

VIdeo available only in Hungarian