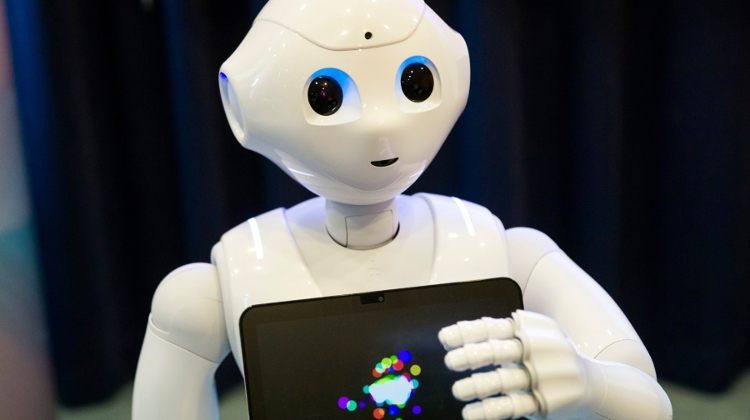 Patients at a private clinic in Buda are now greeted by a humanoid robot named Pepper, tasked with asking people whether they have coronavirus symptoms, according to a press release by Netlife Robotics.

The nearly 1.5 m tall robot greets the patients, introduces itself, and says it wants to ask some questions because of the coronavirus situation.

If the patient accepts the questioning, a “conversation” starts with the robot. Pepper follows the usual protocol asking with questions like: "Do you have fever?", "Do you cough?", and "Were you in contact with infected people?".

If the robot receives negative answers to all the questions, Pepper reports that there is no suspicion of coronavirus infection and asks the patient to walk over to the reception.

If at least one answer is yes, Pepper advises the patient to consult their own GP, who will decide on the further steps.

"As we see, patients like the first, non-traditional greeting and are happy to work with the robot," said Dr. Alexandra Pácz, director of Budai Magánorvosi Centrum. "And it’s easier for our colleagues that the robot takes this simple, exhausting and repetitive workflow from them."

According to her, the use of humanoid robots is still unique in Hungary, but there are many examples of their use worldwide. Pepper’s peers work as receptionists in Belgian, Australian, and Canadian hospitals, where they help with routine tasks. Robots are also involved in the fight against the coronavirus. For instance, at a “smart hospital” in China, they have taken a number of tasks off the shoulders of the nursing staff.

Pácz notes that the institution will consider employing Pepper after the coronavirus pandemic ends if clients continue to leave positive feedback.

Demand for robots on the rise

The robot, which utilizes AI technology, was trained by a Hungarian development team to communicate in Hungarian, in just two weeks.

In the video below you can see how Pepper can converse in Hungarian:

The robotʼs AI does not only recognize and give answers to predetermined questions, but also tries to react and create answers based on previous patterns, adapting to a new situation.

According to Netlife Robotics CEO Levente Bartha, robots like Pepper are expected to appear at more places such as information points, customer services, and shops in the near future, as they will be able to take over lower value-added tasks that do not require physical contact, according to Levente Bartha, CEO of Netlife Robotics, the company that develops the robot.

The press release argues that market analysts also expect growing turnover rates in the robot market. According to a projection, global demand for robots will grow by 25% a year, which is expected to reach USD 100 billion this year.

In addition to the need for automation, the phenomenon of social distancing associated with the coronavirus pandemic may also increase demand, because robots can work without contact, even at the most dangerous places, constantly, even by remote control if necessary.