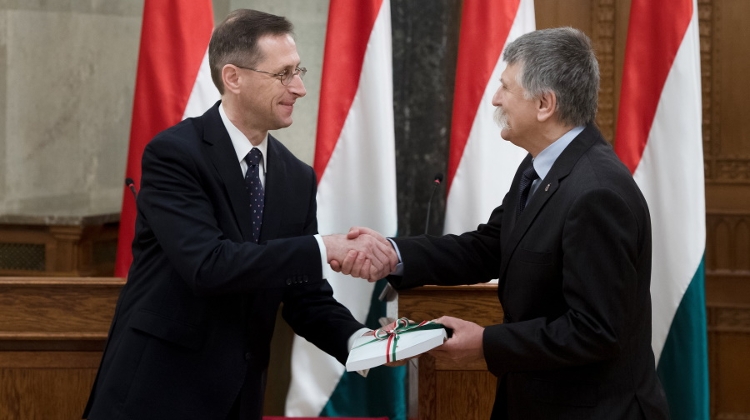 The government’s 2021 budget bill targets annual economic growth of 4.8%, Finance Minister Mihály Varga (pictured on top left) said, presenting the bill to parliament. Inflation is expected to be around 3%, level with the National Bank of Hungary’s mid-term “price stability” target, he added.

The 2021 budget will serve to protect the economy while catering for a possible recurrence of the coronavirus epidemic, Varga said. Next year’s budget will focus on supporting families while restarting the economy and helping to create jobs to make up for the ones lost due to the epidemic, he said.

Calculated according to the European Union’s accrual-based accounting rules, the deficit will come to 2.9% of GDP.

The bill allocates 2,295 billion forints to support families raising children, Varga said, noting that that sum has grown 2.5 times of what it was in 2010.

The budget bill contains an independent chapter for a Health and Pandemic Defence Fund, with expenditures of 2,935.0 billion forints.

It also contains an independent chapter for an Economic Defence Fund with expenditures of 2,555 billion forints.

Political parties will have a total of 5.78 billion forints allocated, the equivalent of this year’s funding before it was slashed by half due to the coronavirus epidemic.

House Speaker László Kövér said parliament will debate the draft on June 29, with a vote possible on July 3 or 6.