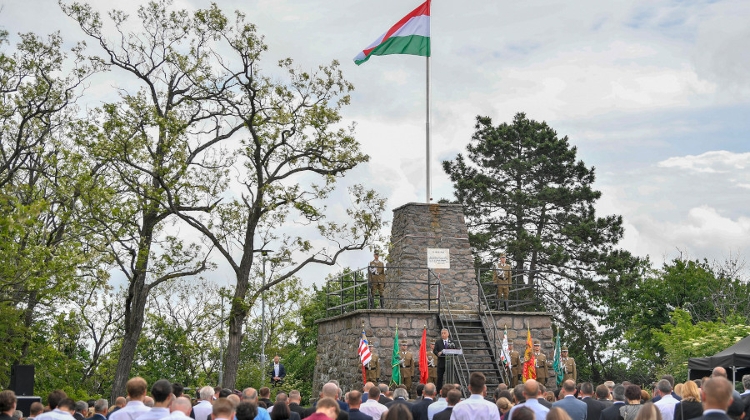 A pro-government columnist welcomes what he calls the Prime Minister’s courage, for criticizing the Great Powers for the 1920 partition of Hungary. He also praises Mr Orbán for underlining the importance of good neighbourly relations.

In a speech commemorating the 1920 Trianon Peace Treaty in the city of Sátoraljaújhely in northern Hungary on Saturday, Prime Minister Orbán said that Hungary’s ‘one hundred years of solitude’ are over. Hungary, he said, survived the 1920 dismemberment that was intended as a fatal blow by the Great Powers.

Despite all this, Hungary is again a sovereign country, and Hungarians have been reunited across borders. Prime Minister Orbán added that Hungary seeks to develop good relations with its neighbours in the Carpathian Basin.

See PM's full speech in English via this link

888.hu’s Tamás Pilhál likens the Prime Minister’s speech to his 1989 firebrand debut at the reburial of Imre Nagy and other martyrs of the 1956 revolution, in which the young Orbán demanded the withdrawal of Soviet troops from Hungary.

The pro-government commentator praises the Prime Minister for openly accusing the Western powers of truncating Hungary and sentencing it to a slow death in 1920.

Pilhál also finds it reassuring that PM Orbán at the same time underscored that Hungary wants to maintain good relationship with all its neighbours while reuniting Hungarians beyond the borders.

On Városi Kurír, former MSZP Chair Ildikó Lendvai suspects that the Prime Minister said something he himself didn’t mean.  Czechoslovakia, Yugoslavia  and the Soviet Union have all fallen apart, he said, while the British and the French empires have disappeared since 1920, continuing that “we will dance on the grave of whose who wanted to bury us”.

Lendvai thinks these words are not consistent with the otherwise moderate tone Mr Orbán has crafted in remembering the Trianon Treaty.