Mudslide Closes Danube Side Rail Line In Hungary Until July 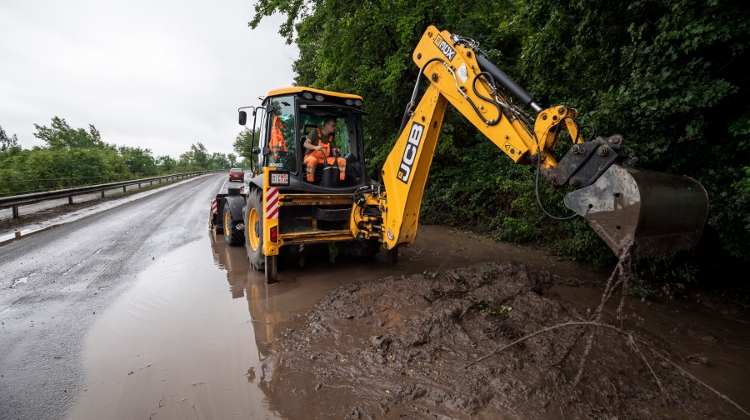 The repair of the damaged railway track between Nagymaros and Szob has begun after the track was inundated by a mudslide at Szent Mihály-hegy last Wednesday.

With the track out of service, the direct rail link between Budapest and Sturovo, Slovakia has been severed.

State railway company MÁV estimates that one of the tracks can be opened in the second week of July, when train transport may resume.

Replacement bus services carry passengers between Nagymaros-Szob and Szob-Zebegény in the meantime.

Mud and rocks covered a kilometre of railway track at Dömös after heavy rainfall on Wednesday.

The embankment under the tracks was damaged along a 70-metre section, as the bedding was washed out by water pouring down the hillside.

The volume of mud and debris covering the tracks was 800 cubic metres.