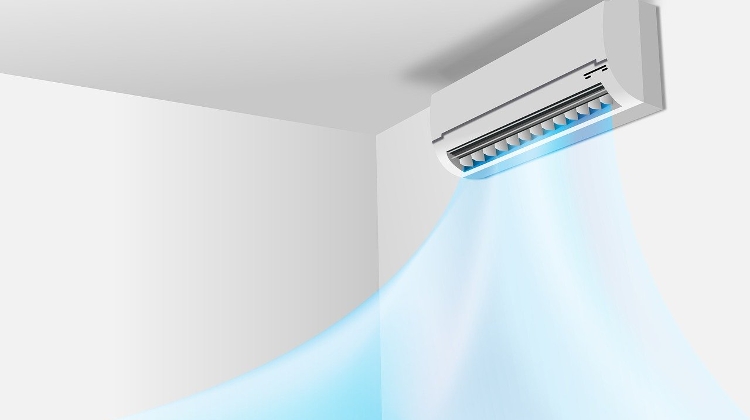 According to research conducted by GfK on behalf of Japanese cooling and heating solutions company Daikin, the demand for air conditioning units in Hungary is on the rise, with more than a third of surveyed people wanting to buy air conditioners in the near future.

Daikin says that the length of the season for buying and installing air conditioners has almost doubled in recent years: a few years ago people were searching for ACs from May to August, but nowadays the increased demand lasts from March to September.

According to GfKʼs survey, conducted in four CEE countries (including Hungary) on 1,000 people in each country, one-third of Hungarians have bought an AC in the past five years and 33% of the surveyed AC owners are planning to buy additional ACs or expand their current system.

For Hungarian customers, air conditioning specialists and online sites are the most important sources of information when deciding on buying an AC.

Approximately 45% of customers buy the air conditioner from an AC store or a service representative, while 14% buy it from an online store and 14% from a traditional electronics store.

GfK says that around 800,000 air conditioners are owned by the population and about 150,000 new units are sold each year, which includes the replacement of old equipment.

According to another research by GfK, the age of air conditioners is declining due to the ever-increasing purchases.

The average age fell from 6.5 years in 2017 to 5.9 years in 2019. The survey revealed that the most important aspect when choosing an air conditioner is the energy consumption of the device, which also indicates that customers make environmentally and cost-conscious decisions.

The responders also considered the availability of filters (for pollen-, virus or bacteria filtration), silent operation and the design of the device important.

Daikin has been present on the Hungarian market since 1991. The company reached an important milestone this year, opening its exclusive store in the Promenade Gardens office building in Budapest, which will be the flagship of Daikinʼs domestic sales in the future.