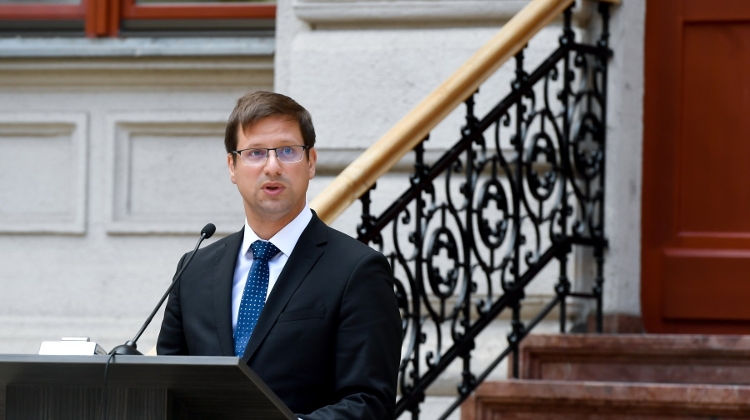 The government is ready to support an amendment to the penal code if stricter punishments are needed “to ensure the healthy physical and moral development of children”, Gergely Gulyás, the head of the prime minister’s office, told a regular press conference.

The government is awaiting recommendations from a new action group set up to review Hungary’s child protection system and headed by ruling Fidesz group leader Máté Kocsis, he said.

Concerning Gábor Kaleta, Hungary’s former ambassador to Peru, who has recently been sentenced to suspended imprisonment for possession of child pornography, Gulyás said that the case was “disgusting and unacceptable”, which “calls for the strictest punishment”.

In response to a question, Gulyás said: “I don’t believe we should overstep the principle of indictment.” When the case first began, the government ordered the national security authorities to look into whether they had made any mistakes and to draw the necessary conclusions, which they have done, he said.

All the government can do is amend the penal code to tighten punishments for crimes against children, he added.

Concerning the dispute between Hungary and the EU over Budapest’s fourth metro line, Gulyás said it was the Hungarian state that had to pay for the abuses committed in connection with the project under former Budapest mayor Gábor Demszky.

The government will do everything it can to minimise the amount it has to pay back to the EU. Under the initial decision, Hungary was to pay back 60-61 billion forints (EUR 168-171m) he noted, adding that a final decision was yet to be made.

Asked about the kind of relationship the government will strive to build with Tamás Freund, the newly elected president of the Hungarian Academy of Sciences (MTA), Gulyás said the MTA and the government were required by the constitution to have a fair working relationship.

Gulyás said he believed the issue of the academy’s research networks had been put to rest, adding that more time was needed for those involved to be able to form an objective opinion on the changes made to the academy.