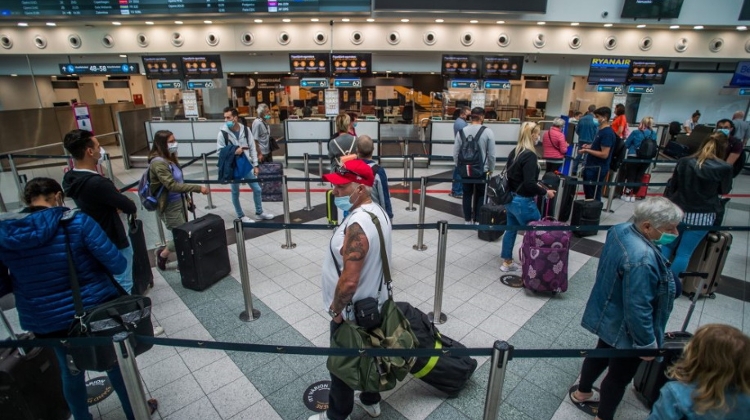 The number of passengers at Budapest Liszt Ferenc International Airport has been continually rising, with 300,000 people using the airport in July and their number is expected to grow further in August, the communications director of the airport operator Budapest Airport said.

Katalin Valentinyi told public Kossuth Rádió that traffic at the airport had practically stopped as a result of the novel coronavirus, with the number of passengers totalling less than 10,000 in April.

Air travel, however, is safe and the increase in passenger numbers shows that people’s confidence is returning, she added.

The Airport has opened the second half of its new passenger pier as well, operator Budapest Airport said in an announcement on Wednesday.

The Ft 11.5 billion project was fully financed by the company.

The first part of the pier was opened in January after construction work started in July last year. The new facility was completed on June 23, but the usage permit was not ready.

The 120-metre pier has eight bays for airplanes and six gates for buses transporting passengers to parked aircraft.

Source:
Hungary Around the Clock