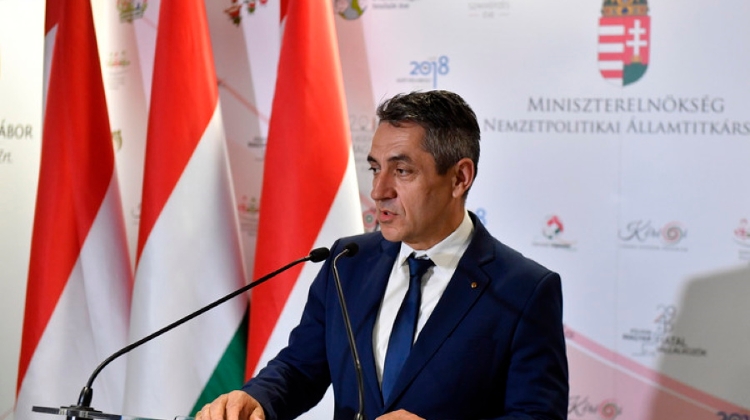 Speaking at an event in Bátaszék, in south-western Hungary, at a fair organised by the local Szekler society on Sunday, Potápi said that ten years ago a radical change of direction had taken place in Hungary, most visibly reflected by the policy for Hungarian communities abroad.

Since the adoption of the law on dual citizenship on May 26, 2010, more than 1,100,000 people have been granted Hungarian citizenship, Potápi said.

In 2014 and 2018, Hungarians with a dual citizenship were also able to vote in the national elections, he noted, adding that the Hungarian parliament could be considered a national assembly as it represented the whole nation.