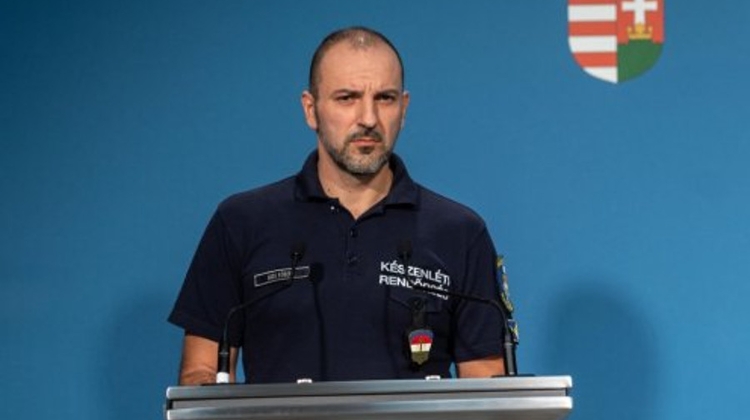 Authorities have taken action in 263 cases since the government decree on stricter coronavirus-related defence measures entered into force on Monday, a member of the operative board responsible for handling the epidemic said.

Over the past four days, the authorities issued warnings to 221 people, fined 23 and filed misdemeanour charges against 19 for violating restrictions, Róbert Kiss told an online press conference.

In the past 24 hours, 2,711 people have been ordered into self-quarantine, 569 of them upon entering across the border, he said.

Currently, 25,374 are in home quarantine, he said. Of those self-isolating, 1,687 have allowed the authorities to electronically control compliance with quarantine regulations, Kiss said.

On Thursday, the authorities took action in 133 cases due to people neglecting to wear masks or wearing them incorrectly, he said. Twenty-eight cases took place on public transport, while 105 were in shops, restaurants or public offices, he added.

As regards Thursday’s UEFA Super Cup final at Budapest’s Puskás Arena, Kiss said all spectators who attended the event had their temperatures checked upon entry into the stadium.

A total of 14,032 fans attended the match which was organised under strict health protocols in order to prevent the spread of the virus, he said.

Foreign ticket holders had to undergo a health screening when entering the country and present a negative coronavirus test no older than 72 hours, he added.

Temperature screenings at the arena detected 16 people with higher body temperatures but all of them were cleared after a second screening, Kiss said.