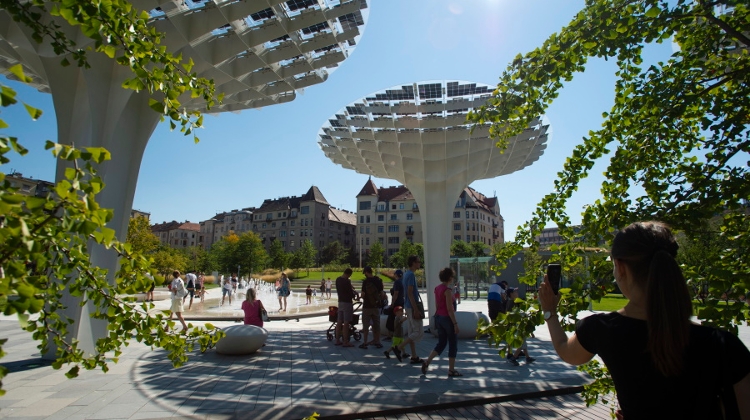 A 3D vertical garden, echoes of Hungarian fields, of forests and lakes, a symbolic group of ‘solar mushrooms’, plus a two-level underground parking system, are just some of the highlights of Budapest’s latest city park.

Széllkapu was designed to replace a former industrial area by TSPC Group. They say that buildings frame the entrance and exit slopes of the parking garage to protect the park from traffic noise and air pollution from the neighbouring streets.

The hanging garden, complete with panoramic elevators, connects Széllkapu with the 'old part' of Millenáris park.

This new concept recreational zone aims to be a Central European symbol of conscious architectural and landscape design, offering green spaces that are both spectacular and intimate for 21st Century city life, say the designers..

The name Széllkapu Park (Gate of Winds) refers to the much-needed clean winds that freshen the air of the busy capital.

The architects created a light wind tunnel so that the ‘closeness to nature’ is not only symbolic but something that can be touched, sensed and also breathed in. 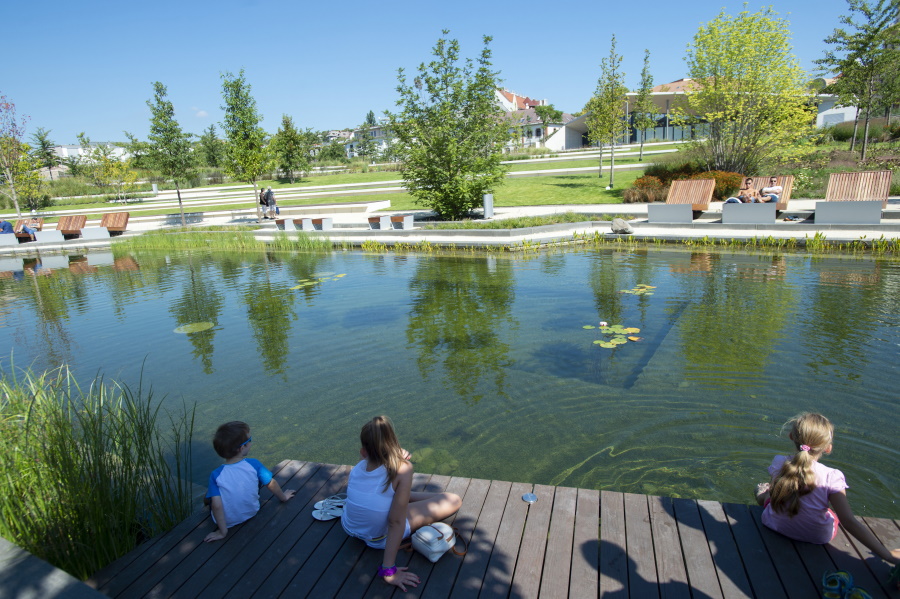 The location of the park was in need of a breath of fresh air, since this now postmodern cradle of nature was created in an area next to huge shopping malls, on land that used to be a heavily polluted industrial zone.

TSPC Group say that the new park is a great way for the city of Budapest to show and promote its commitment to creative green architectural solutions that bring a sustainable future closer.