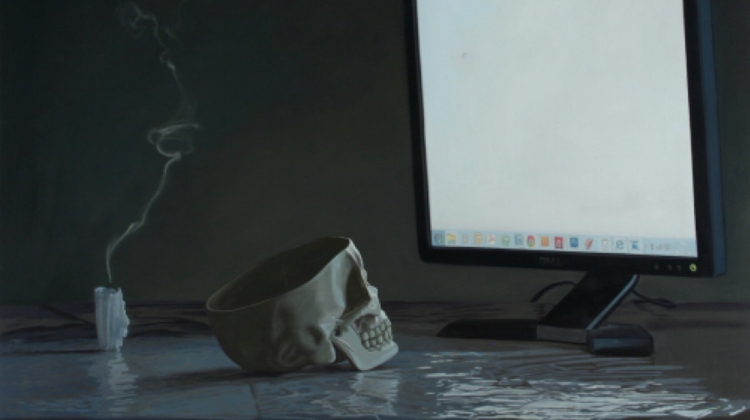 Seen until 26 April. Can the internet end? Among contemporary art practices there are those that are linked to technological developments and which have been designated as “media art”, “new media art” or “digital art”.

Whether they involve computer science, electronics, robotics, network connections, or hybrid systems at the intersection of the analogue and the digital, these technologies sustain a vast feeding ground for artistic practices that contribute to renewing the field of contemporary art.

The exhibition The Dead Web – La fin foregrounds Canadian, Swiss and Hungarian artists whose practices can be situated in this interstice of the art field, and whose works embody a movement that is sometimes placed at the periphery of more traditional approaches.

This panorama is presented as a portrait of what is currently being done through a diversity of media and creative means.

The exhibition The Dead Web raises the question of a possible Internet Capacity Crunch, which was the subject of talks at the Royal Society Symposium in 2015. It is 2023, when the Internet would collapse at the age of 25.

We are trying to illustrate the period afterwards and to show its impact on the economy and society. Would it just mean a sea of empty servers and electronic waste? Masses of screens without digital content? Can there be a machine to imitate the Internet? Or is it possible to manually recreate the Internet?

With this premise as a starting point, the works in the exhibition question our relationship to the Internet and, more broadly, the notion of connection as a point of contact with the world.

The exhibition is trying to engage the audience in presenting the post-internet world. The cooperative partner of the Ludwig Museum in the utopian endeavour is the Canadian media art organization Molior.