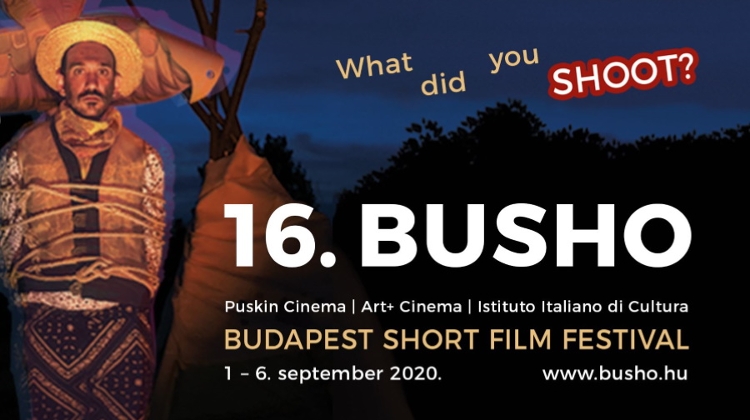 The 16th BuSho International Short Film Festival kicks off on September 1, with previous Sundance, Cannes and BAFTA awards nominees in the program.

Whereas in the past different nations produced short films almost exclusively within their own borders, today it has become fully international, which means co-production has appeared within the category. Two Israeli directors have reached the competition, but one will be British and the other Serbian this year.

The distribution and festivaling makes things even more confusing, because in vain we believed at the time of entry that there were plenty of Spanish works from Promofest, and then we saw for example, Cargo is Malay, Low Tide is Irish, Archibald’s Syndrome is French and Overland starting in American colours.

Among the short films of Aug & Ohr in Berlin, the other big package nominee, was O.I. and Oracle Canadian, Spoon American, W Greek, but of course there are rarely German ones, as in the genre rarity number menu short film musical, Bonbon.

The experimental film Oracle, directed by Aaron Poole, will examine the point in a child’s life where anxiety and fear come to mind.

Of course, Agencies and Academies or Filmschools are different, because, for example, we continue to receive excellent domestic works from, among others, the Film Akademie Baden-Württemberg, such as The Captain in this year’s competition or Masel Tov Cocktail.

In the film “Captain,” recorded by Steve Bache, lifeguard Frank tries to maintain his role as a model in his son’s life after a serious accident.

The other big comeback is Hamburg Media School, who this time, in addition to the opening film of the festival’s competition program, Among Humans, made it to the main table with 2 more films from the same school semester, these are Offense and Mall.

Finally, we cannot pass by without mention about the new generation of Czech animated films, which give a third of the animation competition program, including Hide N Seek from FAMU in Prague and S p a c e s. BuSho Festival cannot pass without great Polish animated films, so we are pleased to present the work of Fumi studio, Piotr Milczarek Rain, which the creators have described as a simple animated film about collective consciousness.

Two shortfilms from Russia got selected, Meatgrinder, directed by Vladislav Bakhanovich as well as Praskovya, directed by Alexander Solovyov, who were both winners of the most recent Moscow Short Film Festival.

Every year we get more and more Iranian works, and the great 113 from Neda Assef is the proof that the reason is not only because of the entry fee waiver, resulting from the insolvency sanction, but the film industry is booming.

In the film, Soldier No. 113 is so tired that he fell asleep in the conference room of the military base where the leadership meetings are held.

In 2019, Dekel Berenson, the above mentioned Israeli director was nominated for Anna in Cannes for the Golden Palm and recently got BAFTA nominations, otherwise he is a dual Hungarian citizen currently living in Cyprus.

The film is the story of Anna, a war-torn Eastern Ukraine, an aging single mother who longs for change.

The other Israeli director’s film Moon Drops by Yoram Ever-Hadani, when a factory worker assembles a mysterious machine that produces liquid droplets from the moonlight.

The venues have been slightly reorganized, as the central venue for the competitions will continue to be the Puskin Cinema and the evening screenings will be Art+ Cinema, but this time the opening ceremony and the prize ceremony will be held at the Italian Cultural Institute.

The same venue will host an Italian evening and a Portuguese and Scottish film screenings during the week.

After the opening on Tuesday evening the festival will continue to present the competition program in the well-established schedule 15 one-hour blocks within 3 days.

Of course there will be Hungarian and international panorama screening program as well, other festival and workshop presentations and concerts, prior to the award ceremony on Saturday evening.

Check out the competition program here.