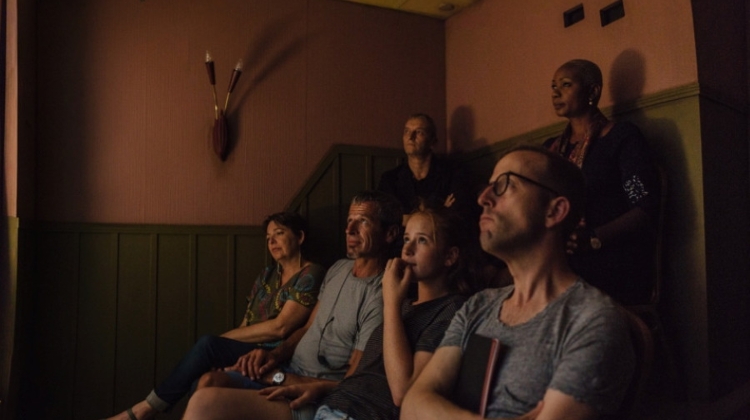 What remains after we are dead? How can memories be staged?

Over the past century, life expectancy in Switzerland has increased by almost 40 years.

Highly specialised medicine makes it possible to postpone the end of one’s days further and further while legislation offers the right to decide the time and circumstances of one’s own death. Meanwhile disputes are raging about solidarity and inheritance tax.

The German word “Nachlass” corresponds to the whole of the material and immaterial goods left by a deceased person. It’s composed of «nach» (after) and the verb «lassen» (to leave).

Stefan Kaegi accompanied eight people who for different reasons have decided to prepare their farewell.

In collaboration with the stage designer Dominic Huber, they built eight spaces. Inside the protagonists tell, in their absence, the story of what remains when they are no longer there.

An ambassador documents a foundation that will continue her work in Africa when she is gone. A Muslim in Zurich organises the return of his corpse to his hometown, Istanbul.

A German banker near the end of his life reflects over the role he played in National Socialism. And a ninety year-old employee wonders what story the photographs of her life will tell.

How does our legislation affect the configuration of individual estates? What are the historical insights that seem important enough at the beginning of the 21st century to be preserved for future generations?

The audience enters eight immersive spaces. Voices, objects and images guide the spectators to the point where the baton is passed from generation to generation and to the borders of our very existence.

Trafó is the cornerstone of the international contemporary art scene in Budapest, often with English language friendly performances by international acts. Visitors will find balance of domestic Hungarian and international artists performing in various genres – theatre, dance, new circus, music and visual arts. It is also a forum dedicated to social issues and a platform for establishing values and contexts as well as generating new ideas. They say, “performances, concerts, exhibitions, and community and audience-building programmes are accessible to members of any generation who are looking for something new”. Address: 1094 Budapest, Liliom u. 41. Tel.: (+36 1) 456 2040