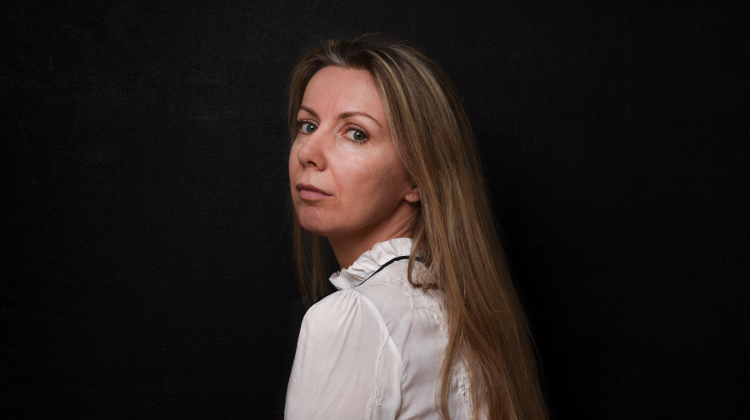 Asterion Project is a multicultural, professional Theatre troupe, based in Budapest, that is producing Theatre plays in English. On the occasion of its anniversary, reporter Lynn Bonner made an interview with Čarna Kršul, Croatian actress and sociologist, the founder of Asterion Project about situation in Theatre and about her work in the last 4 years.

In the last four years they worked with artists from over 20 different countries, offering regularly contemporary theatre performances to foreigners in Budapest, touring through different cities in Europe.

Where are you from? What brought you here?

I'm from Croatia, I grew up in a small village on the sea side called Selce. During my university studies in Zagreb, I fell in love with a Hungarian and came with him to live in Budapest.

You studied acting but you also have a degree in Sociology, how are those two different areas connected?

Since being a little child, I was always fascinated by Theatre. With my school we would often visit the closest big city, Rijeka's Theatre, I would sit in the audience, thinking, I want to be up there on the stage. In my family art was always important, my father is a writer, and my mother paints.

The interest for sociology came in high school. I think theatre and sociology are very much connected, and not just because of Ervin Goffman's theory of social interaction where he explains face to face interaction through imagery of Theatre.

Sociology researches human behavior. When The Chicago School in the 1920s made their researches in the field: they were researching (members of) subcultures by "getting in their shoes" or physically living with them in order to see things from their perspective, from inside, so their conclusions would not only be based on the view from outside.

And that's the same thing that an actor does, "getting in the shoes" of a character. The actor also needs to be good observer, curious, have analytical mind.

How it all started? Why you decided to establish Theatre in English?

Budapest is an international city and there is a lack of offer for foreigners when it comes to Theatre plays in English. There are only sometimes impro performances or Hungarian performances with subtitles.

Asterion Project is having the 4th anniversary, will there be a celebration?

Yes, on 27th of January we will celebrate our 4 year anniversary. Original plan was to have a celebration with all the artists and audience as well, after performing a new premiere, but because of the pandemic situation, the celebration is postponed for June.

No, it wasn't easy, to keep on going, to stay positive, in these uncertain times. Magic of Theatre is that is happening alive, that it's interaction between audience and actors, they are all in it together. I don't believe in virtual Theatre, live streaming.

Of course, everyone is doing what they can, to adjust the situation. I think we did the most we could, and I'm happy that even in this situation our play Square had premiere in three different cities, Vienna, Szeged, Budapest, we took part in the "Hear me Roar" festival.

You say Asterion Project is a multicultural troupe, who are the artists you are working with, foreigners?

Usually. There are some constant actors, like Paula Parducz from Costa Rica, but also every year there is one open audition for new members. Last four years I've worked with artists from over 20 different countries.

To have a multicultural team is something that inspires me, different energies, perspectives on one spot creating something together.

You even wrote a play about foreigners living in Budapest, a comedy Most Budapest?

Yes. I don't consider myself a writer, Most Budapest is the only play I wrote. And I did it in the way that I first selected 10 foreigners from 10 different countries on audition, and after that I wrote a play for them.

I had plenty experience to write about a topic, since I'm also foreigner living in Budapest for 20 years.

Are there Hungarian artists in your team too?

Of course! From the very beginning I work with amazing Hungarian choreographer, János Feledi, then our costume designer is Zsófi Forrás and in the newest play that we are rehearsing right now, the main role is played by the young Hungarian actress, Ágnes Csikász.

What is the new play about? When do you think audience can see it?

It's called Beauty. It's about unrealistic beauty standards that society reflect to us. About a teenager growing up in superficial world. It's hard to make plans right now, soon as the theatres open again we will have premiere.