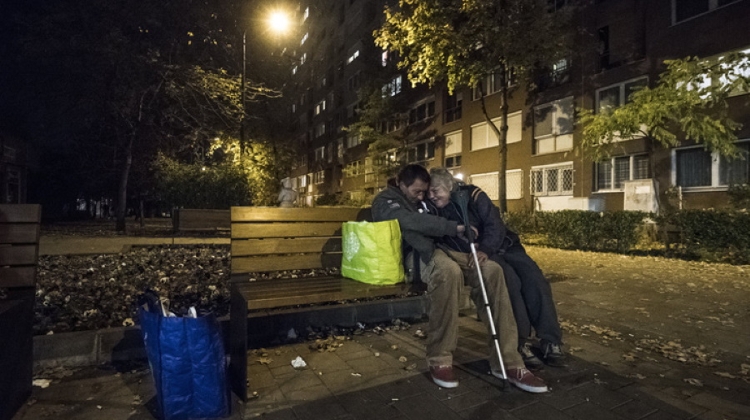 Budapest Mayor Gergely Karácsony has instructed public service companies whose employees work outdoors during the night curfew to be on the lookout for homeless people at risk of the dangerously cold temperatures expected in the capital over the coming days.

Organisations looking after Budapest’s homeless will be expanding their capacities in the next few days, Karácsony said, adding that he has ordered all public service companies and institutions whose employees are on the streets at night to immediately report any rough sleepers they find to the relevant services.

In the meantime Minister of Human Resources Miklós Kásler has issued a “code red” alert to protect homeless people from extremely cold weather forecast for the coming days.

State secretary for social affairs Attila Fülöp told a press conference in a temporary shelter operated by the Hungarian Charity Service of the Order of Malta that the “code red” alert requires any residential care institution to accommodate homeless people if the network of homeless shelters fills up.

The alert will be in force from Sunday noon until Tuesday at 10am as evening temperatures are forecast to drop under 10 degrees Celsius, he added.