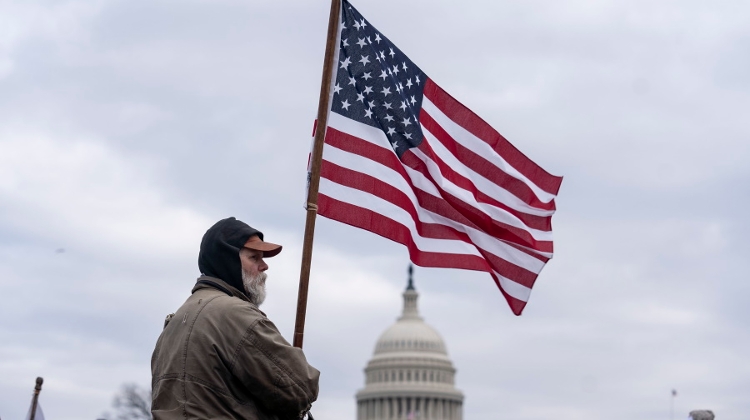 The leading dailies of the Right and Left both blame the Capitol Hill siege primarily on President Trump.

Magyar Nemzet’s Levente Sitkei interprets the siege of the Capitol as a cocktail of popular revolt against corrupt elites and violent rampage.

The pro-government commentator acknowledges that President Trump has massive responsibility for the events, but adds that political elites in general are blameworthy for not clarifying what he calls the half-truths over the alleged election fraud.

Sitkei thinks that at this point, we will never learn to what extent such allegations are true.

As for the broader implications, Sitkei writes that after these events, it will be more difficult to offer the US as an example of good governance.

In Népszava, Gábor Horváth bluntly interprets the events as proof that ‘Trump is a Nazi. Or, if you prefer, a fascist’.

The left-wing columnist accuses President Trump of being an undemocratic demagogue.

He goes on to accuse the Hungarian government and pro-government media who hold Trump in high esteem, of interpreting the siege of Capitol Hill as they did the 2006 riots in Budapest – as a revolution rather than mob violence.

The events on Capitol Hill, Horváth concludes, show where right-wing populism leads. Yet US Parliamentarism has proven stronger than the Weimer Republic in the 1930s, this time at least, he adds.