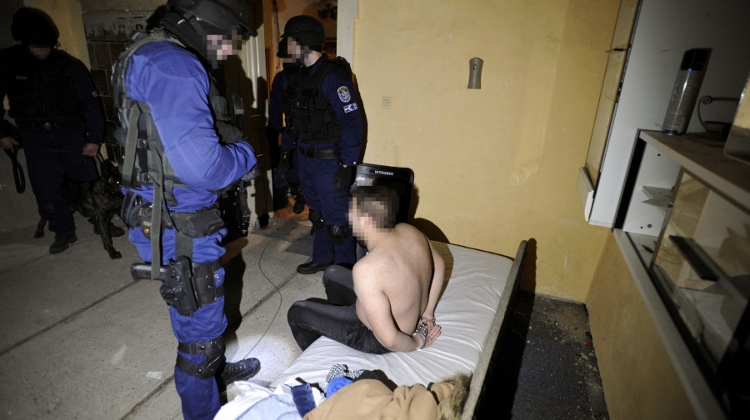 A total of 80 police officers and three dogs took part in an extensive operation in Cegléd and Budapest on Monday, in which they caught the members of a gang that had been robbing railway freight wagons.

Cegléd police have been investigating the matter of looted railway wagons since the spring of 2019.

Members of the gang are suspected of breaking into freight wagons stationed at Cegléd, Albertirsa and Ferencváros railway stations, taking away the goods and later trying to sell them.

Police detained nine men and two women after raiding nine addresses in Cegléd and one in Budapest.