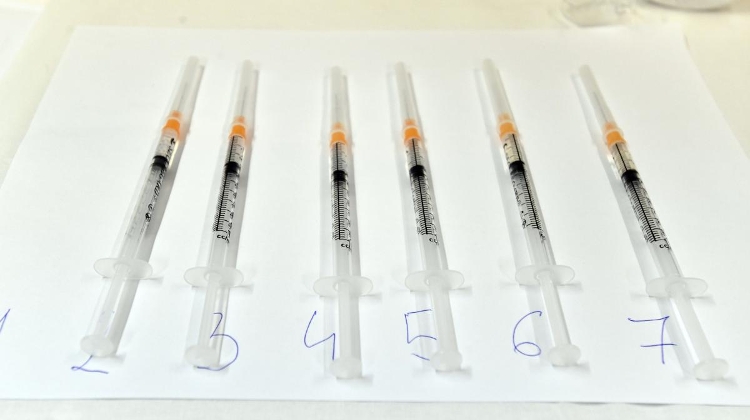 The Chinese Sinopharm vaccine is being manufactured under safe conditions, a senior official of Hungary’s National Institute of Pharmacy and Nutrition (OGYÉI) said.

The vaccine is being produced using cutting-edge technology in Beijing, Ferenc Lukács, the head of the authority’s inspection department, told public news broadcaster M1 at the site.

Gergely Gulyás, who heads the Prime Minister’s Office, told a press briefing on Thursday that Hungary had “practically reached an agreement” on a delivery of the Sinopharm vaccine.

He added that the first shipment could be as large as one million doses, pending approval by Hungarian authorities.

Meanwhile, the opposition Democratic Coalition has called on OGYÉI “not to yield to the government’s devious political pressure” to license the Chinese vaccine.

“DK fully supports vaccination, but it is in our common interest that a premium category vaccine inspected and approved by the EU is put to use in Hungary rather than one developed under an outdated protocol in China,” Zoltán Varga, the party’s parliamentary group spokesman, told an online press conference.

He added that only vaccines approved by the European Medicines Agency (EMA) could be considered to be “politically and professionally independent”.

Varga said his party was proposing offering Hungarians the option to choose the vaccine they would prefer to be inoculated with. He made reference to studies suggesting that only one percent of Hungarians are keen on getting the Chinese jab.