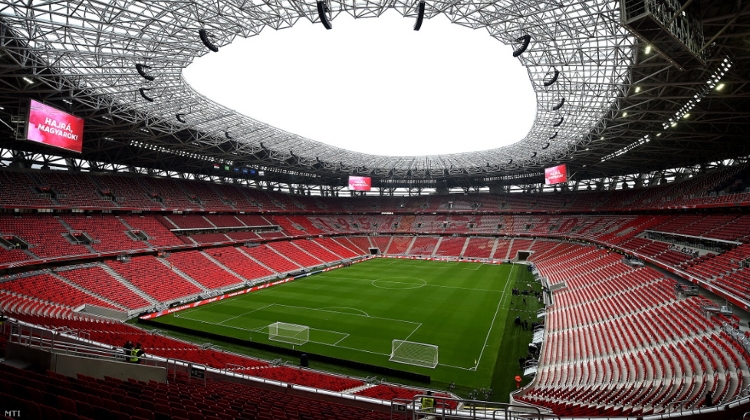 On 16th February the Puskás Aréna will welcome a hat trick of Hungarian international footballers when it provides the venue for the men's UEFA Champions League round-of-16 fixture between RB Leipzig and six-time competition winners Liverpool.

RB Leipzig, whose squad features three Hungarian internationals in Péter Gulácsi, Willi Orban and Dominik Szoboszlai, are not able to play their home Champions League fixture on the 16th in their own stadium.

This is due to German government restrictions on visitors from foreign countries such as the UK, so instead, they will host English club Liverpool in the Puskás Aréna.

Also due to the coronavirus pandemic, the tie will be played without spectators present and German club Leipzig will be designated the home team, having selected the Budapest venue at UEFA's suggestion.

"UEFA would like to thank RB Leipzig and Liverpool FC for their close cooperation and assistance in finding a solution to the issue at hand, as well as the Hungarian Football Federation for their support and agreeing to host the match in question."

Hungary is delighted to give a home to any prestigious football event. Thanks to significant developments in infrastructure over the past decade, there are now the appropriate facilities in which it is now possible to host high-quality sports events.

In the recent past, major football matches successfully organised in Hungary include the Women's Champions League final and the men's UEFA Super Cup final, the latter of which became the first UEFA fixture to be played in front of fans following the first wave of the coronavirus pandemic.

Last summer, Hungary was used as a neutral venue for competitive European matches and later in the year Ferencváros welcomed Juventus and Barcelona in Budapest in the Champions League group stage.

European football's governing body, the participating teams and supporters were fully satisfied with the organisation and hosting of the events, which also served as opportunities to test the goalline technology and video assistant refereeing system.