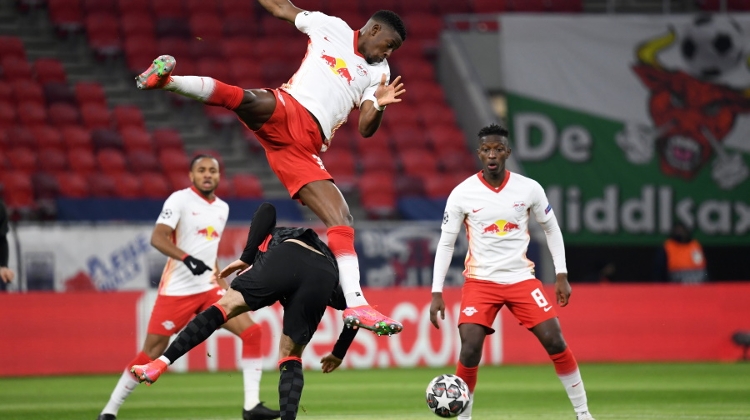 German public health restrictions meant that RB Leipzig had to host Liverpool in Hungary's Puskás Aréna on Tuesday evening, but there were no home comforts as second-half goals from Mohamed Salah and Sadio Mane secured a 2-0 away win for the 2019 winners from England in this round-of-16 first leg.

Only one of Leipzig's three Hungarian international stars, Péter Gulácsi, was named by head coach Julius Nagelmann in his starting lineup and the goalkeeper impressed throughout, making an excellent save from Salah after the German side had been denied an early lead by a post from Olmo's header.

He could do nothing when Sabitzer's misplaced pass sent Salah through on goal eight minutes in the second half though, the Egyptian forward slotting the ball past Gulácsi's left hand to give Liverpool a lead which was doubled just before the hour mark, another defensive error allowing Mane to run in on goal and slip the ball past Gulácsi's right hand and into the bottom corner of the net.

Hungary international centre-back Willi Orban came on as a substitute soon after, but although heshored up the defence, Leipzig never really looked likely to pull a goal back and therefore they arenow faced with the daunting prospect of needing to win by a three-goal margin at Anfield next week if they are to stay in this season's UEFA Champions League.