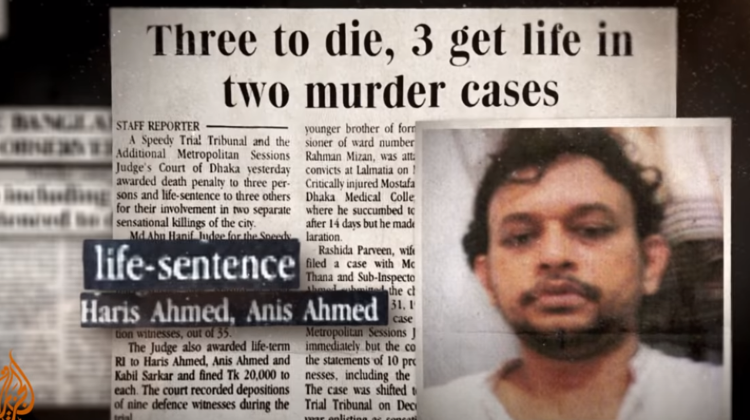 Al Jazeera has uncovered a serious criminal organisation from Bangladesh, with connections all over the world, and with one of the key figures operating in Budapest.

The gang of brothers is colluding with the security forces of Bangladesh, and is profiting from links to female Prime Minister Sheikh Hasina, it has been revealed by the independent news organisation funded in part by the Qatari government.

During a two-year investigation, Al Jazeera’s Investigative Unit managed to track down the gang's leaders, including Haris Ahmed, who is still on the Bangladesh’s most wanted criminals list, who fled to Budapest and has been living here using the assumed identity of Mohammad Hasan.

In a secret video recording, included in the film below, Haris can be heard saying:

“If anything goes down in Hungary, then I know about it. So far, nothing has gone through without my nod. […] If they show me one order they have taken over my head, then I will cut his ears off and feed them to the dogs.”

A recent article on 444.hu states that Haris Ahmed bought real estate in Budapest, and has also operated restaurants, and even an (illegal) currency exchange here, despite him being on Interpol’s 'most dangerous criminals' list for years.

He also had a clothing store called Niveau Fashion at Budapest's Asia Center, the 'Bengal Hostel' offering budget accommodation, as well as the Vidróczki Tavern near Budapest Keleti Railway Station and he operated the Gulyás Restaurant at Kálvin tér. They all closed relatively quickly and it's said they were part of a money laundering operation.

Al Jazeera notes that after the release of the investigation, Bangladesh’s Ministry of Foreign Affairs issued a statement branding the film "a smear campaign orchestrated by opponents of the regime based abroad".

In the 'explosive investigation film' below, "Sami" AKA Saer Zulkarnain, also from Bangladesh, who runs the Rajkot Palace Indian Restaurant in Budapest, and who is a known opponent of the current regime in Bangladesh, speaks out against Haris and more
- check it out and see what you think.