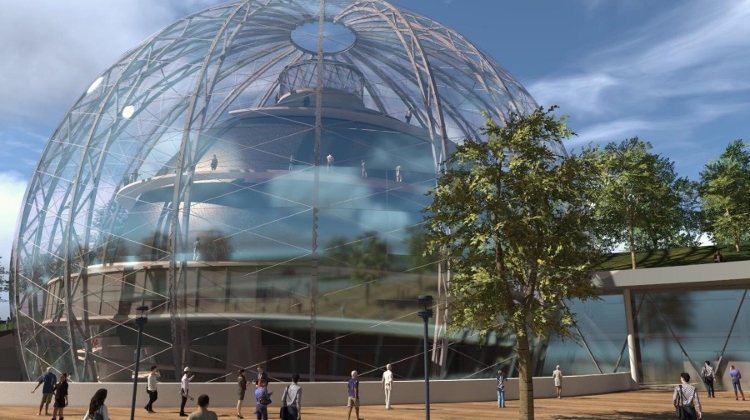 A public park should be created on the brownfield site next to Budapest’s busy Nyugati railway station rather than the planned National Centre for Circus Arts (pictured on top), a lawmaker of the opposition Párbeszéd party said.

The government is planning the investment in one of the city’s most valuable brownfield areas, Olivio Kocsis-Cake told a press conference.

He said there were a multitude of objections to the project, citing the shortage of non-built spaces near the railway station and the exorbitant costs of the centre which “might double by the end of construction”.

The district’s local mayor, Szilvia Temesvári, said the government would be making a decision regarding ten percent of the area of Terézváros without any preliminary consultation with local residents.

She noted that Párbeszéd has launched a petition to shut down the project.