Russia Covid Vaccine Could Be Put To Use As Early As Next Week, Says PM Orbán 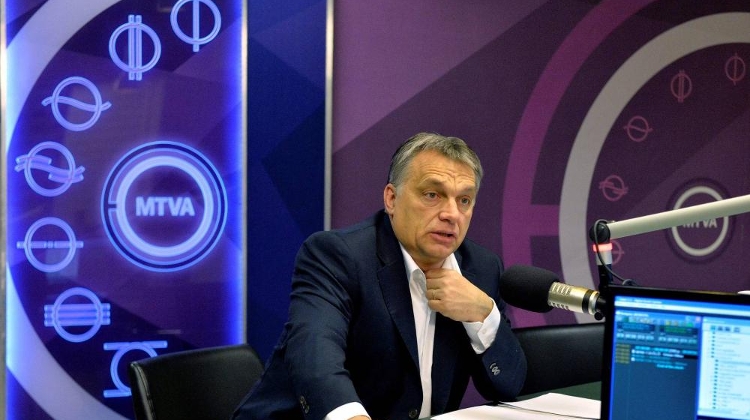 Prime Minister Viktor Orbán in a radio interview said his calculations regarding the plan to have more than two million Covid recoveries and vaccine recipients within six months were based on vaccine shipments that were “highly likely” to be received, adding that the vaccine from Russia could be used as early as next week.

The Chinese vaccine is “also on its way”, he said, adding that further tests by the Hungarian authorities would have to be carried out, however. He also noted that Serbia’s experiences with both the Russian and Chinese vaccines were “reassuring”.

Meanwhile, Orbán slammed the opposition for attacking the government’s crisis management measures, saying “the left wing has gone too far and crossed a line that shouldn’t be crossed for humanitarian reasons.”

Orbán said that the European Union’s vaccine purchasing was sluggish because “Brussels bureaucrats” were seeking “to get vaccines more cheaply”. “It’s not that money is immaterial, but for us this is secondary to saving lives,” he added.

He said he understood that “everybody would like to get their old lives back” and he understood the “disappointment” of people in catering and tourism, but added that “we must proceed carefully and systematically”.

Orbán also noted that the government will launch a National Consultation public survey in the second half of February concerning issues around the easing of restrictions.

He did not exclude the possibility of removing restrictions somewhat earlier for those “already protected”, but this decision, he said, would be based on the survey’s results.

Addressing the economy, Orbán said that now that vaccines are already in place, there would be a shift in emphasis to relaunching the economy.

Assessing efforts to protect the economy, he said that there had been slightly more employees in Hungary in December 2020 than a year before.

The government has taken the first steps to restart the economy and plans to make further decisions in early April to reshape higher education, research and development, involving 1,500-2,000 billion forints (EUR 4.2-5.6m), the prime minister said.

Orbán said he expected 2021 to be a hugely successful year for rebooting the economy. Noting that Hungary’s economy is predicted to have contracted by 5.1-5.2% last year, Orbán said the country had fared especially well in international comparison, leaving Austria, the Czech Republic and perhaps even Germany behind.

The prime minister noted that the government has decided to introduce a new interest-free loan to help SMEs. The businesses concerned can raise loans with ten-year maturity of up to 10 million forints (EUR 28,000), with repayments deferred by three years, he said.

Addressing the latest demographic figures, Orbán said that over the past ten years Hungarians had made major progress in “finding themselves and increasing their self-esteem”. There are more marriages and childbirths, and fewer unwanted children. “We Hungarians are now in a better state that ten years ago,” he said.

The funds earmarked for family benefits have increased two and a half times since 2010, he said, with special reference to benefits tied to labour. “As far as I see, our Roma compatriots also consider it important that child-care benefits are tied to labour,” he said, adding that this measure had solidified social cohesion.

Had the government failed to introduce the current family support system in 2010, the number of children born since then would be 115,000 fewer, he insisted.