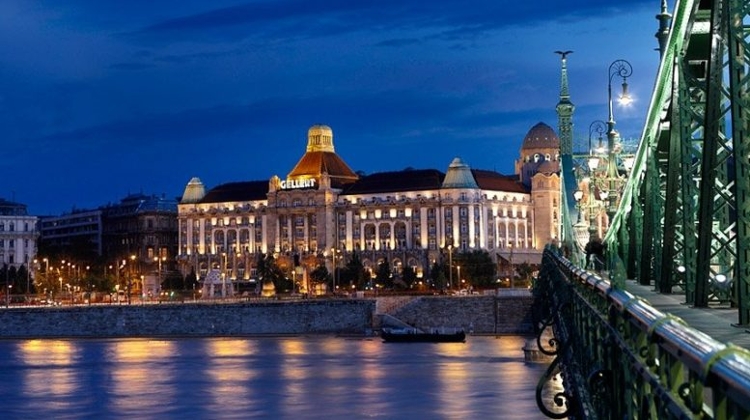 Between about 1890 and 1910 this ornamental style of art flourished throughout Europe, and inspired many wonderful works in Budapest.

Art Nouveau (literally meaning “new style”) was more like a movement rather than a simple style trend.

Although it started from the field of applied arts, in a few years it conquered the world and all areas of life.

Here we look at five of the most beautiful buildings in Budapest, from spas to sacred and cultural centers... 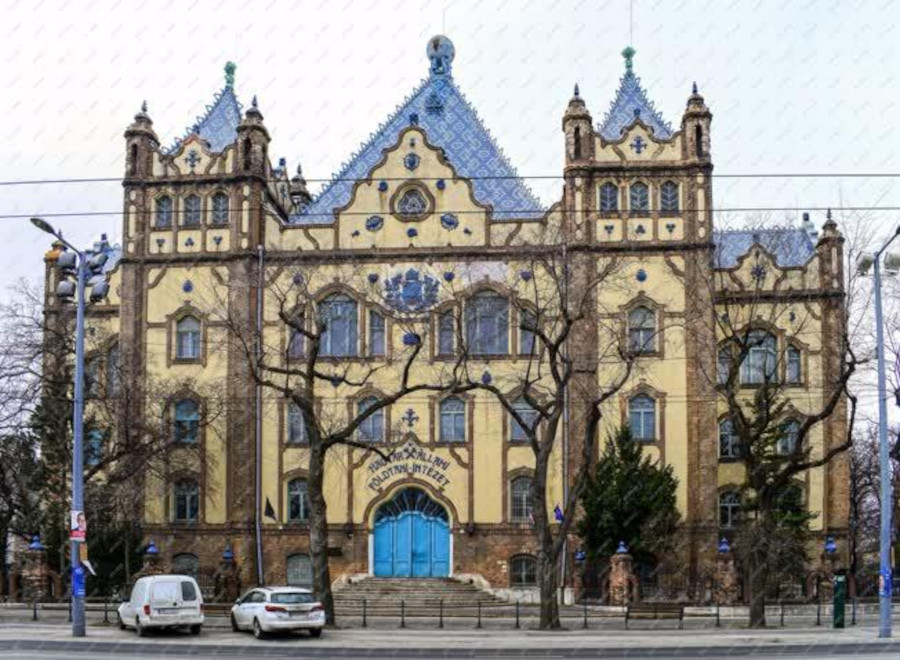 The gem of Stefánia road is the bluish fairy palace, which is home to the oldest scientific research institute in Hungary. The architect, Ödön Lechner, is considered, not unjustifiably, as the creator of Hungarian Art Nouveau architecture.

The building of the Geological Institute was completed between 1896 and 1899. Even the bluish roof of the building symbolizes the sea and the sky; the entire research area of geologists.

Its collection consists of minerals, prehistoric footprints, general information on Hungarian geology and its history, and an exhibition dedicated to Ödön Lechner. 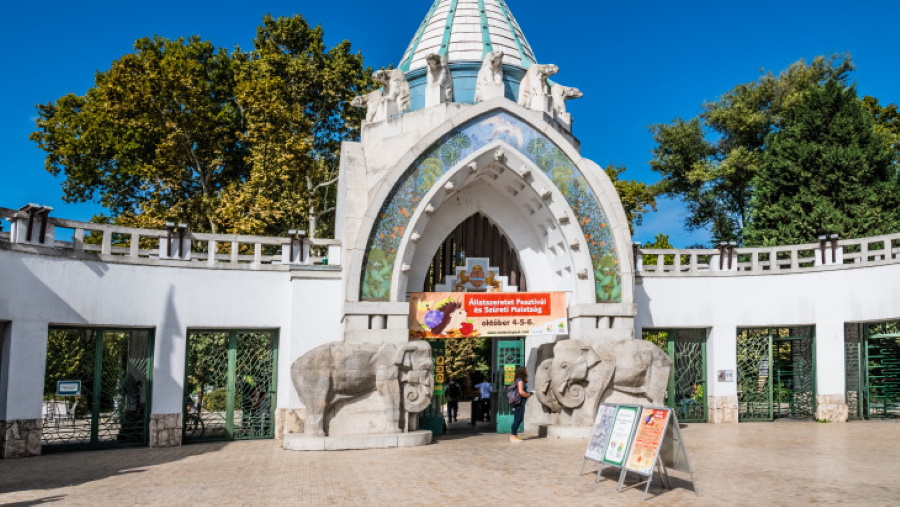 This several-hectare nature reserve next to the city park is the oldest zoo in Hungary - also one of the oldest in the world - and currently has the largest population of animals in the country.

The iconic elephant main gate, richly decorated with Zsolnay porcelain and the Elephant House were designed by the architect Kornél Neuschloss, who managed the construction of the whole area.

There are many special Art Nouveau masterpieces in this area, all of which are listed under special monumental protection. Click here for more info. 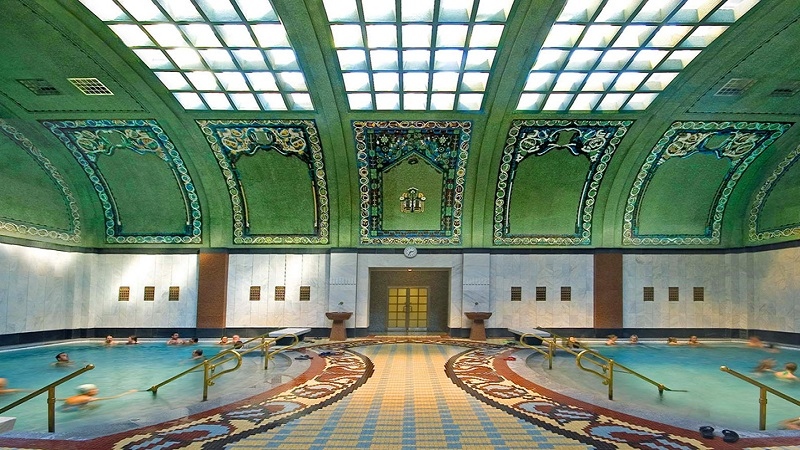 The Art Nouveau Gellért Hotel was built between 1911-1918 based on the plans of Artúr Sebestyén, Ármin Hegedűs, and Izidor Sterk, and it defines the atmosphere of the square at the foot of the hill there.

Towards the end of WWII, the prestigious Art Nouveau women's thermal bath was bombed, destroying the Zsolnay façade and the wooden interior of the dressing rooms. A 2008 reconstruction served to restore the bath to its original splendor.

References to healing waters in this location are found from as early as the 13th century. Today the dazzling spa is richly decorated with Zsolnay tiles playing in all shades of blue, stained glass windows and ornate mosaics. 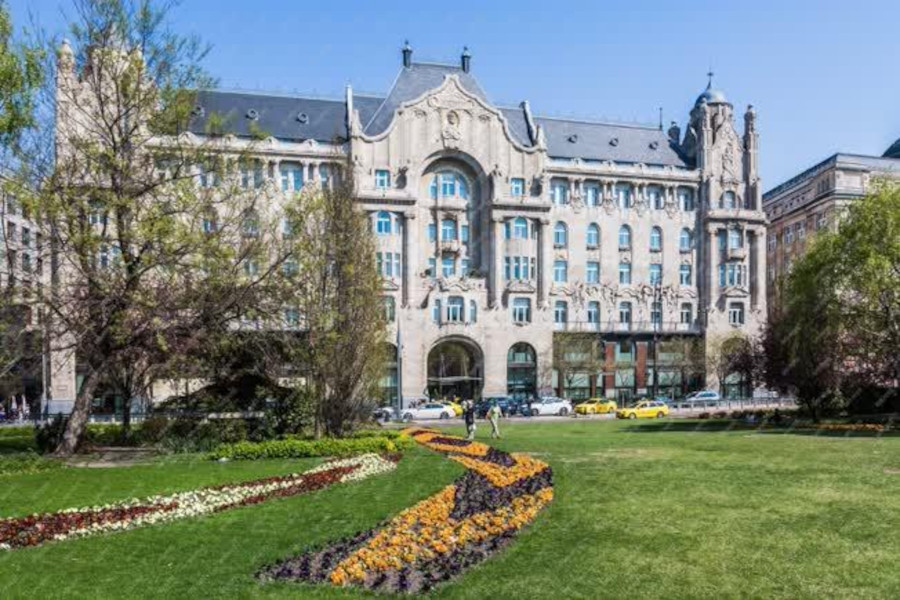 The building, which rises at the Pest side bridgehead of the Chain Bridge, was originally built as the Budapest headquarters of The Gresham Insurance Company in London.

It was an imaginative advertising ploy and representation for clients to see how wealthy and thereby trustworthy the company is.

The insurance company was named after Sir Thomas Gresham, who founded the London Stock Exchange in 1566 - and if we look up from the square, we can also see a stone-carved copy of the gentleman strictly looking down at the everyday life of Budapest. 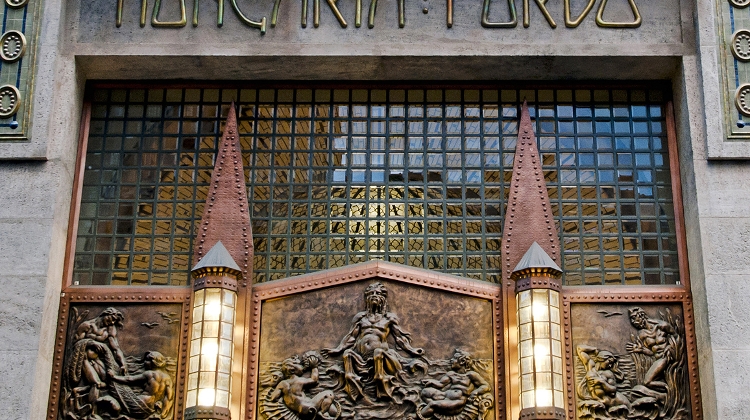 The building Designed by Emil Ágoston in 1909, was expanded with a columned swimming hall suitable for swimming competitions.

Its movable glass dome was a real sensation at the time - in good weather, guests could enjoy bathing in the open air.

On the renovated façade, it is worth admiring the colorful Zsolnay lettering, which also shows the typical typographic style of the period.