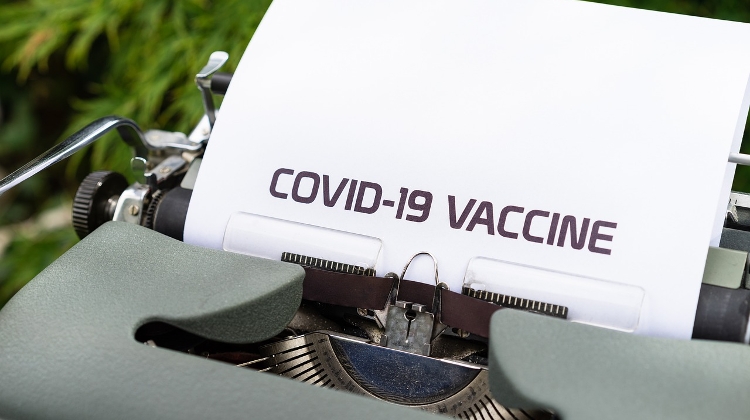 As the third wave of the pandemic sweeps through Hungary, commentators from across the political divide discuss the government’s strategy and speculate on the possible date of the end of the emergency.

In Magyar Demokrata, Judit Szabó looks back at the year of coronavirus emergency and suggests that we have good reasons to be optimistic. Szabó underlines that thanks to the Sputnik V and Sinopharm vaccines ordered by the government, Hungary’s vaccination rate is the second highest in the European Union, following Malta.

She finds it reassuring that doctors understand the virus much better than this time last year, and can help patients more efficiently. Szabó adds that the case of Israel shows that vaccination is a very effective tool in the fight against coronavirus, and hopes that Hungary will soon follow suit and reopen as vaccination progresses.

In Magyar Hírlap, Péter G. Fehér deems the EU’s vaccine purchase scheme an utter failure. The pro-government columnist accuses the EU leadership of rejecting Chinese and Russian vaccines for ideological reasons, but now realize that they need to bracket their anti-Russian and anti-Eastern prejudices in order to expedite vaccination.

In a Facebook post, the conservative commentator Gábor Bencsik disagrees with pro-government pundits who loudly criticize the EU. Bencsik acknowledges that the EU is overbureaucratic and slow, but still secured cheap vaccines for its members, including Hungary.

Bencsik adds that the Hungarian government was smart to authorize Eastern vaccines first, but this is no reason for the Hungarian Right to deny the benefits of being part of the EU’s common vaccination procurement. “Acknowledging all this in no way weakens the governing party’s chances in the 2022 election,” Bencsik concludes.

On Portfolio, Attila Weinhardt calculates that Hungary can start to reopen as early as April. In Weinhardt’s projection, Hungary will receive 4 million shots in a month, and will have enough vaccines to immunize its full adult population by the second half of May. Weinhardt predicts that in the second half of April, the vaccination rate will surpass 50 per cent, and so the emergency restrictions can be lifted cautiously.

444.hu’s Zoltán Haszán, on the other hand, doubts that Hungarian immunization will allow the reopening the country any time soon. In the liberal pundit’s estimate, there are as many as 3 million Hungarians who have either received the jab, or became immunized by recovering from the virus. But to reach the 60-70 per cent immunization threshold necessary for herd immunity, Hungarians’ willingness to get the jabs needs to improve further, Haszán writes, noting that slightly more than 50 per cent of Hungarians are ready to get the vaccine, and another 20 per cent would consider it.

Magyar Narancs in a first page editorial accuses the government of purchasing Russian and Chinese vaccines at irrationally high prices. The left-wing liberal weekly recalls that according to the government’s data, the Sinopharm jabs cost 31,5 EUR and the Sputnik V 10 EUR.

According to Magyar Narancs’s calculation, the Hungarian government is paying twice as much for the Chinese vaccine as some other countries including Senegal.

(The Chinese government pays Sinopharm the equivalent of 26 Euros for one dose of the vaccine.)

The weekly suspects that the price cannot be explained by Hungary’s weak bargaining position. Magyar Narancs alleges that the offshore companies that imported the vaccines are owned by Fidesz-allied entrepreneurs who use the emergency to siphon off public funds.

In Élet és Irodalom, Ferenc Falus, the former Chief Medical Officer and opposition mayoral candidate in the 2014 Budapest municipal election thinks that the government prefers Russian and Chinese vaccines for its own ideological reasons. In the left-wing physician’s interpretation, the government wants to send a clear anti-EU message by relying on Eastern vaccines.

Falus thinks that both the Russian and the Chinese shots lack proper testing, and thus Hungary is part of their clinical trials. Falus also criticizes the government’s health care reform, claiming that it was mistimed and chaotic, and will lead to the privatization of the health service.

24.hu’s Péter Pető thinks that both the government and the opposition are using the vaccination issue to send highly ideological and demagogic messages. The left-wing commentator contends that the government used the slow EU vaccine purchase framework to reiterate what it defines as anti-EU and pro-East messages.

The opposition, on the other hand, followed a similarly ideological path by suggesting that only Western vaccines approved by Western health authorities should be used, and by accusing Prime Minster Orbán of intending to leave the free and democratic world. Pető finds particularly absurd opposition allegations that the government risks using vaccines that could harm the health of Hungarians.

He deems it sad that both Right and Left use the emergency to discredit each other at any price. He concludes by suggesting that the conspiracy theories and demagogic messages of politicians will further erode trust and promote conspiracy-focused politics.