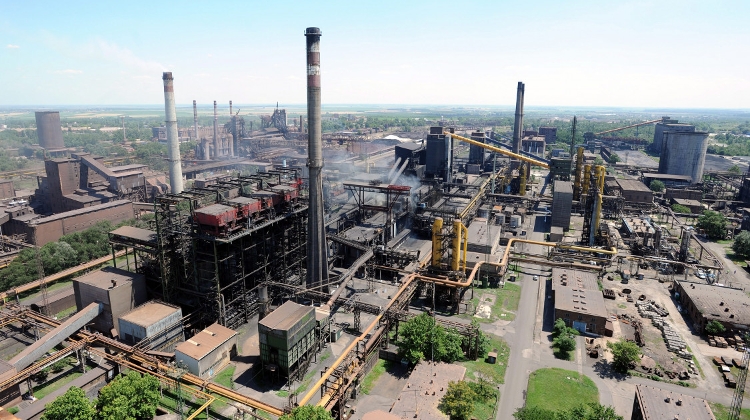 An opposition Jobbik lawmaker who heads parliament’s national security committee, referring to reports of “mercenaries” intimidating locals in the town of steelmaking town of Dunaújváros, in southern Hungary, has said their actions carried both national security and economic risks worthy of investigation.

According to reports, 500 security personnel in black uniforms appeared in the town in connection with a dispute between the owners of Dunaferr over who controls the company’s management. Dunaferr employs 1,000 people.

Stummer vowed to put the matter on the agenda at the next meeting of the national security committee at which the heads of the Information Office and the Office for the Protection of the Constitution would be invited.

Stummer called on the ruling Fidesz party director, Gábor Kubatov, to “put his dogs on the leash and don’t threaten the people of Dunaújváros,” adding that locals did not want their town to be invaded and overseen by “mercenary armies” protecting certain political and business interests.

The Jobbik politician accused the Fidesz party directorate of being behind the actions taken in the town.

“Disputes aren’t settled by force here.” Kálló called on the government to make use of good relations between Hungary and Russia and help Dunaferr emerge from near-bankruptcy and mediate a peaceful change of ownership.

Police in Dunaújváros stepped in on Friday, reportedly to defuse a conflict between the owners of Dunaferr.

Fejér County police headquarters told MTI they had received information before Friday’s upheaval that illegal action was planned in the town. In one instance, the police said they took action after discovering “a device that presented a danger to public safety”.

The police said that otherwise no criminal action took place and order was soon restored in Dunaújváros.

The Dunaferr group reported on its official website that a “mercenary team” working for Dunaferr’s Ukrainian minority owner had “verbally and legally aggressive” moves in recent months.

“A team of men with shaved heads with a militant stance was arrested by the authorities on Friday evening,” the website said.

The faceoff between the Russian majority owner and the Ukrainian minority owner for control of Dunaferr’s management has been escalating for the past year, adding to the woes of Hungary’s largest steelworks.