Opinion: What Hungarians Really Think About Orban Government, EU Parliament, & What They Worry About Most 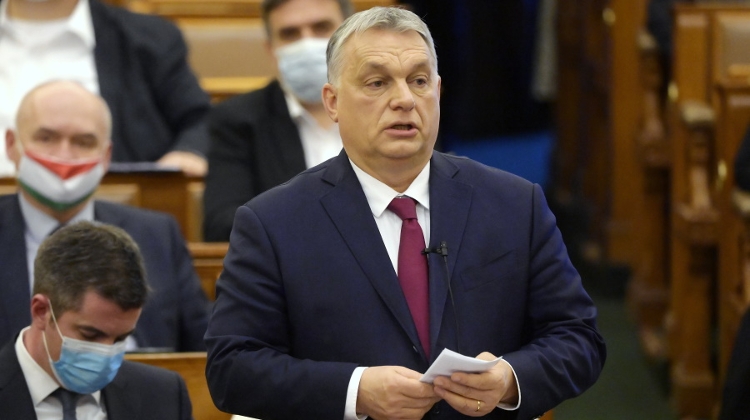 The European Commission just published the Winter 2020/2021 Standard Eurobarometer 94, measuring public opinion in the European Union. The study was conducted by Kantar, a large data, insights, and consulting company based in London. The fieldwork took place in February and March of 2021.

The first question Kantar asked the respondents was to judge the situation in general in their own countries. The  countries that got very good or rather good ratings on leadership are the ones we are familiar with from other surveys: Belgium, Denmark, Estonia, Finland, Luxemburg, the Netherlands, and Sweden.

The countries that got the worst ratings, very bad or rather bad, are Bulgaria, Greece, Spain, Croatia, Italy, Romania, and Slovakia. Hungary did not fare especially well. It seems that the population is not so satisfied with the Orbán regime as the Hungarian opinion polls would suggest.

An absolute majority of Hungarians sampled, or 57%, consider the general situation to be bad.

When it comes the economy, Hungarians might not be as unhappy as the French (79%), the Bulgarians (82%), the Greeks (90%), or the Spaniards (91%), but 63% of Hungarians find the economy, which even today is being touted as one of the success stories of the Orbán government, nothing to brag about.

Another indicator that one ought to pay attention to is the perception of employment opportunities. Here again Hungarians belong to the group that find job opportunities limited. Hungary’s 64% can be compared to figures in Slovakia, Romania, Poland, Austria, and Latvia.

These findings speak to the overall mood of the country. The pollsters then asked a specific question concerning “the most important issues facing the country at the moment.”

People could pick two from the following list: crime, the economy, inflation, taxation, unemployment, terrorism, housing, government debt, immigration, health, the education system, pensions, the environment and climate change, and energy supply.  Uppermost on the minds of Hungarians is health (50%).

They are also concerned with inflation (37%), the state of the economy (30%), and unemployment (20%). Despite the rapidly growing national debt, only 9% consider it one of the two most important issues facing the country at the moment. And the incredible campaign against immigrants no longer resonates: only 7% of the population are worried.

As for the sorry state of education, 7% of the Hungarian respondents put it in the top two; 10% chose low pensions.

Although all these and many other issues are fascinating in this very detailed survey, the real reason that I decided to cover it was the questions on popular views of national governments and the European Union.

Here is the question as it is posed in the survey: “How much trust do you have in certain institutions? For each of the following institutions, do you tend to trust it or tend not to trust it?”

Few people in the European Union truly trust their government. The exceptions are Denmark, Germany, Estonia, Luxemburg, the Netherlands, Finland, and Sweden. In Hungary 56% mistrust the government, which is still better than the situation in the Czech Republic, Spain, or Croatia. The same is true about the Hungarian parliament.

That approval rate more or less matches Sweden, the Netherlands, and Denmark. Support for NATO is also high in Hungary: 54% to 34%, a level that is practically the same as that in Germany or Poland.

In brief, the majority of the Hungarian population tends not to trust the government, worries about the economy, inflation, and jobs.

The sorry state of healthcare (or perhaps, in the minds of the respondents, the government’s response to the pandemic) is the most serious concern of the population.

What is especially striking is that trust in the institutions of the European Union is a great deal higher than in the national ones.

Finally, I would like to add another recent survey by Globsec, which is headquartered in Bratislava.

In the East and Central European region are some countries that are traditionally pro-Russia, such as Serbia, Bulgaria, Slovakia, and Montenegro.

At the other end of the scale are countries like Poland and Romania that look upon Russia as a threat. Other nations in the region, including Hungary, don’t consider Putin’s Russia a direct threat to the country, but 53% of the Hungarian population consider Russian behavior too aggressive toward its neighbors.

They also see Russia as a country that tries to weaken the European Union and NATO.

I suspect that Putin’s quick retreat under U.S. and EU pressure will have an impact on Russia’s standing in the world. It is also possible that Viktor Orbán will lose a close political friend, Serbian President Aleksandar Vučić, who the other day praised Joe Biden as “the best prepared politician he has ever spoken with….

He always had good judgment and always wanted to listen to us.” Vučić is courting the United States in preparation for renouncing the Serbian claim to Kosovo. If Orbán doesn’t watch out, he may remain isolated in the Visegrád 4 as well as in the region as a whole.