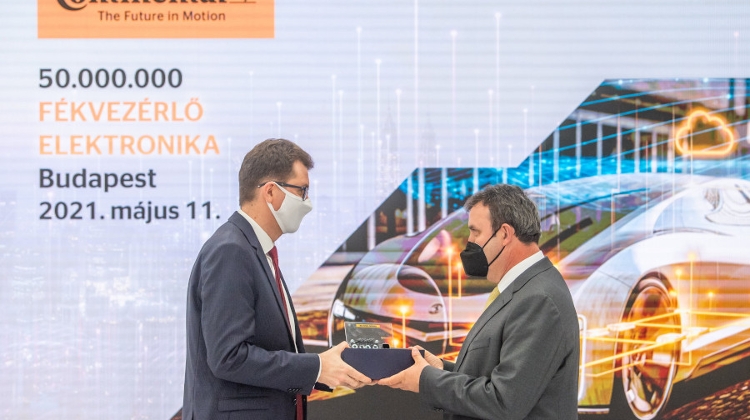 Solutions based on artificial intelligence are crucial for the development of self-driving cars, the innovation and technology minister said at a celebration by Continental Hungary.

At the event marking the 50 millionth electronic brake control unit produced by Continental, László Palkovics said that the company was a “reliable partner” of the government’s, with several of its units operating in Hungary.

Continental and similar companies were “engines of the Hungarian economy and innovations” before the coronavirus crisis and will have a key role in restarting the economy after the pandemic, he said.

Palkovics qualified the strategic partnership between the government and Continental as a “success story”, adding that the company’s Budapest base employed nearly 100 people.

He also added that Continental has received nearly 2 billion forints (EUR 5.6m) in wage subsidies aimed at saving jobs during the coronavirus pandemic.

The minister said that government subsidies had helped save over 300,000 jobs in Hungary, while companies have received “several hundred billion forints” to promote investments.

Businesses were also able to benefit from subsidised loan and guarantee programmes worth over 4,000 billion forints, and the government-sponsored loan moratorium “left 2,000 billion forints with families and firms last year and 1,300 billion this year,” he said.

Since the first coronavirus outbreak in Hungary last spring the government has used a total 9,500 billion forints to boost the economy, Palkovics said.