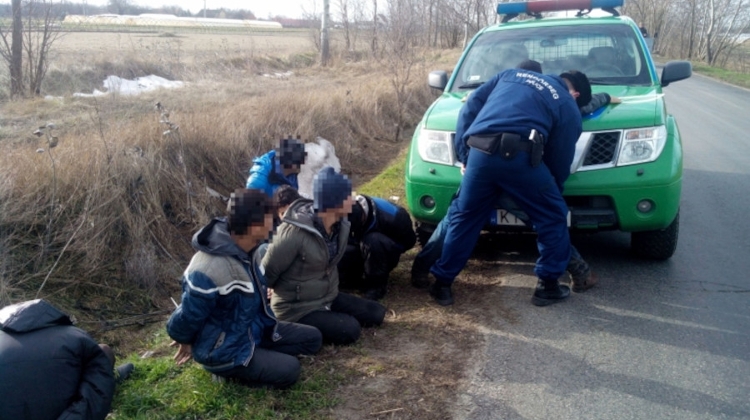 The Hungarian police have arrested five people for operating an international people smuggling ring dealing in illegally taking hundreds of migrants from the Hungarian-Serbian border to Western Europe, the police said.

The police are investigating two Romanian, two Hungarian and one Slovak national, suspected of having purchased and adjusted small trucks they used for hiding illegal migrants. They are suspected of having smuggled at least 45 migrants of mainly Syrian origin to Western Europe.

The actual number of migrants they were in contact with since last autumn is estimated to be around 500, police.hu said.

The arrests were the result of coordinated police action carried out in Budapest, Ásotthalom on the Hungarian-Serbian border, and Tata and Gyöngyös, in northern Hungary, the website said.