Next Govt To Stand For ‘The 99%’, Say Budapest Mayor 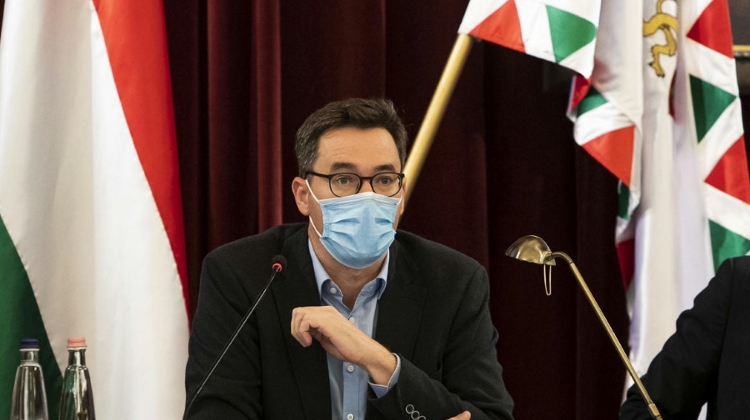 Hungary’s next government must “make amends” for current social injustices, Gergely Karácsony, who is campaigning to become the opposition’s nominee for prime minister, has said, vowing to serve the country’s “99%” rather than just its “privileged few”.

Karácsony, who currently serves as the mayor of Budapest as well as co-leading the Párbeszéd party, outlined his party’s campaign manifesto, promising to “restore democracy” while “making amends for the legal, moral, and material damage” caused over the past decade.

“It’s not only a changing of the guard or a rematch we need, but real change and accountability,” he said, slamming the politics of “corruption, irresponsibility and vainglory”.

Karácsony also called for Hungarian society to be reunited. After the pandemic, the country would need “more sustainable and more humane policies,” he said. “The future will either be green or there will be no future at all.”

Concerning the opposition primaries, Karácsony said candidates “should not be competing to see who has the biggest vocabulary to malign the government” but to determine “who’s able to keep the opposition alliance together and reinforce it.”

At the same time, he said: “We’re not looking for a leader of the opposition but a person to lead the whole country.” The opposition needs a coalition of conservatives and liberals “to stop the 1%” that is no longer subject to checks and balances, he added.

Karácsony also referred to a new political force, “Movement 99”, to promote change in Hungary alongside political parties currently in opposition.

He said the movement is in the midst of drafting a programme to set the directions for the reestablishment of “a cohesive society and the rule of law”.