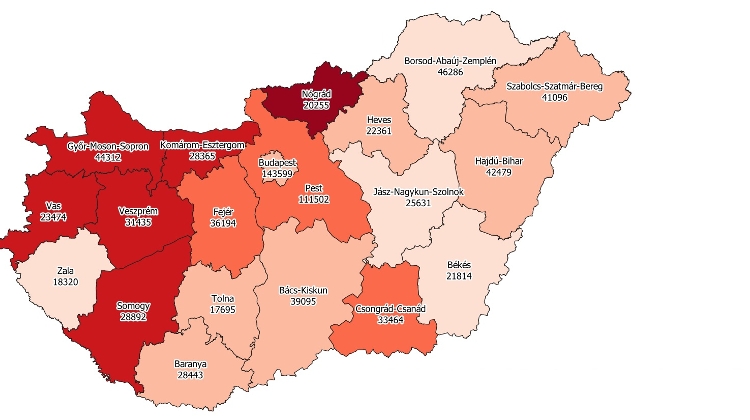 Officials recorded five coronavirus deaths on Sunday, as the figure fell below ten for the first time since September of last year.

The daily average has fallen to 25 in the past week, website 444 observes.

The number of new infections, at 156, also resembles the epidemic situation in early September, with a positive rate of less than 2% among 8,052 tests.

The number of Covid patients in hospitals increased slightly to 981 from 965 on the previous day. Of these, 110 are on ventilators, the lowest number since October 10.

Fewer than 10,000 people received their first vaccination on Sunday, and more than 29,000 received the second.

Fully 28 patients, generally elderly with co-morbidities, died over the past 24 hours, while 174  new infections were registered, koronavirus.gov.hu said on Tuesday.

The number of active infections has declined to 71,599 while hospitals are treating 947Covid patients, 100 of whom need respiratory assistance.

Since the first outbreak, 804,712 infections have been registered, while fatalities have risen to 29,761.

There are 8,749 people in official quarantine, while 5,837,630 tests have been officially carried out.