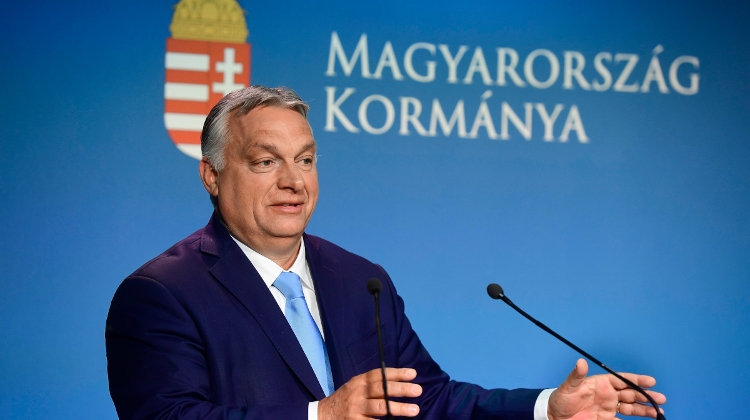 “This is the least they deserve,” he said. Workers would not have the option of accepting overtime pay instead of taking time off, as the purpose of the measure was to give them a chance to rest, Gergely Gulyás, the PM’s chief of staff, said at the press briefing.

The aim of the survey is to find common ground on the most important matters concerning the creation of a stable economy, he said.

The government envisions a new kind of post-pandemic economy that draws on the lessons of the previous decades, and is preparing for a period of pandemics and mass migration, Orbán said.

So Hungary is in need of an economy that provides balance, stability and security for its population not only in times of peace but amidst pandemics and migration, too, he added.

The public will be asked, for example, whether they think the increase of the minimum wage to 200,000 forints (EUR 575) alongside considerable tax cuts for SMEs should happen in multiple phases or in one go, he said. This, he added, required an agreement between the government and the Hungarian Chamber of Commerce and Industry.

The government is also looking for backing from the public on a measure allowing parents who earn below the average income to reclaim their 2021 PIT in 2022, Orbán said.

The survey will also touch on the issue of the moratorium on loan repayments, he said, adding that the government and the banking association were debating the next steps concerning the measure.

The public will also be asked about a climate tax Brussels has proposed levying on Hungarian families’ flats and vehicles, Orbán said. If Hungary decides to oppose this, it will find itself in the middle of a fierce international dispute, he said, adding that the government therefore had to have strong backing from the people on the issue.

Hungary’s government believes that the costs of the fight against climate change should be borne by the world’s biggest polluters, Orbán said. The survey will also cover the issue of mandatory migration quotas, “which are back on the agenda, and which Hungary has always firmly opposed.”

Orbán said the bloc should suspend its policy of taking in migrants for at least two years “until the pandemic is fully behind us”.

Meanwhile, the prime minister noted the government had not ordered any additional vaccines since a vaccine developed in Hungary would be available by the time any new jabs are needed. It is conceivable, he added, that vaccinations would become an annual recurrence.

Referring to the stockpiling of ventilators, masks, PPE, drugs and vaccines, the prime minister said that large stocks should be maintained even if it took years before they were used.

Asked why Hungary was no longer involved in EU vaccine procurement, Orbán said that amid much uncertainty about how effective and durable vaccines were, pharmaceutical companies were vying to sell as many doses as possible. Now, he said, it appeared the shelf life was around eight months, though this period varied depending on the vaccine.

An EU immunity passport isn’t expected before July, he added. The simplest way forward would be to add information required by the EU to the relevant Hungarian documentation, with a digital interface containing all the information needed for movement across Europe, Orbán said.

Gulyás insisted that no other document was available anywhere else which guarantees as broad travel as Hungary’s immunity card, adding that most countries in Europe are travel options for protected Hungarians.

All neighbouring countries, bar Austria, have entered into agreements with Hungary on unimpeded travel for vaccinated citizens, he added.