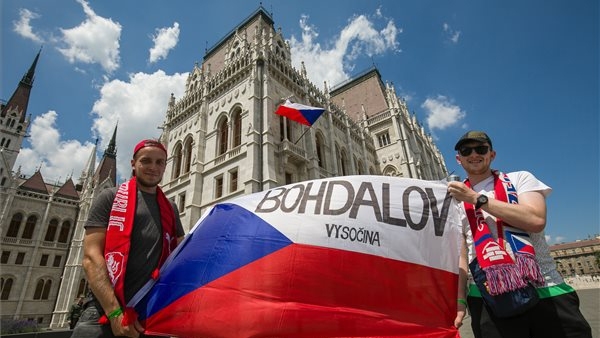 A pro-government outlet expresses schadenfreude over the defeat of the Dutch football team by the Czech side in the Euro 2020 tournament, soon after the Dutch Prime Minister said ‘Hungary must be brought to its knees’.

‘Holland knelt down before the Czech Republic’, runs Mandiner’s headline, as favourites Netherlands crashed out of the European Football Championship, defeated 2 – 0 by the Czech underdogs in Budapest.

The headline is a reference to a statement by Dutch PM Mark Rutte, who told the EU Summit in Brussels last week that Hungary should be ‘brought to its knees’ because of its recently passed law banning the ‘promotion or wanton representation’ of pornography, paedophilia, same-sex and transgender life among children under 18.

In a clear reaction to the controversy, the captain of the Dutch side wore a rainbow armband during the match.

Mandiner also carries a photo showing a Czech flag planted before the match on a balcony of the parliament building in Budapest.